This conference asked big questions on gender roles in church. Here are 3 views on what happened

The temptation when considering complementarity is to hear it as a ‘problem’ word, a tricky ‘women’s issue’ with connotations of exclusion and dissatisfaction, a problem to be solved. Rather than addressing it as such, however, THINK started with theology – what, it asked, does the Bible say? To find out, the speakers led us deep into the heart of scripture and uncovered God’s beautiful and glorious design.

What we found was complementarity at every turn. From the pairings of sun and moon, heaven and earth, sea and sky in the creation account, to the recurring themes of father and son, mother and daughter, husband and wife we looked at the myriad ways in which God shows us how his created differences work together in harmony to fulfil his purposes.

We also considered the vision of the church functioning as a family – fathers and mothers, brothers and sisters, all joined by deep bonds of love, honour and respect, and all filling roles for which they are uniquely fitted. Yes, this includes male headship and female submission, but it does not preference maleness in any way – far from it. In fact, one of the strongest criticisms the speakers had of the church was that too often we function like single-parent families, with strong fatherhood structures, but very little space for mothering. And this when the whole gospel is about new birth! New life cannot spring up without the contributions of both fathers and mothers. Nor can young believers be brought to maturity without the training and nurturing of both father and mother-figures.

If women have felt undervalued in complementarian settings, the problem is not with God’s design, but with our understanding or execution of it. Unfortunately, the nature of the design means that poor execution by one ‘father’ (or mother) leads to poor execution by the sons of that father, and so on. Incomplete teaching leads to incomplete discipleship, which becomes a self-perpetuating problem and leaves the body undernourished and ill-equipped for the fruitfulness that is its mandate. Complementarity is just as much a ‘men’s issue’ as a women’s one.

I went to THINK predisposed to love it – the team behind it are my friends, and I was already firmly complementarian in my own understanding of scripture – but I came away enormously encouraged by the commitment of the male part of the audience to seek ways to demonstrate their valuing of women and to better work in partnership with us in the mission of God.

The outworking of this will not be the same for everyone. Some churches may decide that women’s mothering mandate should be expressed through teaching on a stage. I know my church won’t, and part of my mothering role will be to walk alongside those for whom that is a challenge, and to help them to delight in God’s way and to flourish in it.

Complementarity is not a problem word; it is a beautiful pattern, designed by a loving God to reveal his character and bring him glory.

Jennie Pollock is a freelance writer and editor who lives in London and works wherever there’s a comfortable chair, an internet connection and a good cup of tea. She blogs at jenniepollock.com and tweets as @missjenniep.

A view from church leaders

We walked in with a head full of questions, only to be told to forget all questions, which was somewhat disorientating. However, as biblical groundwork on God’s design for gendered living was laid, the wisdom of that request became clear – as it is almost impossible to look at this subject from a purely objective or theological standpoint. That is partly why THINK Theology decided to ditch usual terminology and put forward ‘complementarity’ - a relationship or situation in which two different things improve or emphasise one another’s qualities.

Conference speakers Hannah Anderson and Alistair Roberts explained they would be using broad brushstrokes to talk about the subject, as they wanted to re-frame thinking rather than knuckle down to specifics (doing the latter could lead to stereotyping).

We saw, in the creation story, how order and beauty came through distinctions: moon and sun, land and sea, man and woman. So, rather than the potential battle between the sexes, the relationship could be see as a dance, an orchestra - where the differences and interactions bring out the beauty.

We were encouraged to think of church not as a corporation but as a family, or household (language so often in the New Testament). We need both mothers and fathers to care for the church. The question was raised that if your understanding of eldership is a fatherhood role - to sacrificially protect - have we made that role too all-encompassing, thereby limiting the motherhood role?

Western households run as atomised, nuclear units, often subservient to the workplace; simply pit stops for rest and retreat. The challenge was given to see the household as an outward expression of our mission - for both men and women - with the home being the hub of industry. This Western approach is reflected in church life too - as church is seen as a pit stop and members take the role of consumer instead of co-worker and family member where everyone gets stuck into the mission.

Midway through, we sensed a growing frustration as things were purposefully kept abstract, with many discussion groups asking: but what does this mean for my situation - in my home, local church setting, marriage? We too felt that; though we enjoyed basking in the reflections on biblical creation, it felt disconnected from our everyday situations. However it was certainly a starting point for further discussion, to work out how it would look for both individuals and churches.

We appreciated the time and space to discuss and throw ideas around with others and hope that this conference has started positive conversations among church leaders. Humanity is a family business where we all need to play our part; being those brothers and sisters that champion one another in our giftings, while also laying our lives down for each other.

In the last session of the conference, Andrew Wilson outed speaker Alastair Roberts as a keen knitter (years ago, Alastair knitted me an amazing pair of arm warmers). In doing so, he added yet another example to the ways this conference steered away from the dominant forms of complementarianism most egalitarians are familiar with (see for example, John Piper’s view that women shouldn’t be police officers).

Knitting is perhaps an apt analogy, with the conference knitting together many different (and more than occasionally contradictory) ideas, positions and ideologies; feminist theory and theology, biological essentialism, Mother Earth and Father God, critiques of capitalism, advocation for women to be paid equally for their ministry work, pleas for increased female representation in churches, and even a suggestion that we should be referring to men and women in workplaces with their formal titles of Mr or Mrs. However, I’m not sure the cohesiveness of this effort was quite as successful as my arm-warmers from Alastair.

According to the conference, women and men are imbued with a feminine or masculine essence. This essence is like different types of instruments in an orchestra. The church should not be a string quartet or a brass band (sorry Sally Army), it should instead be an orchestra. If women are not present in all parts of church life, God’s creation is deficient. Great efforts were taken to avoid articulating what these essences practically involve, though it did inadvertently slip out occasionally. We were told that men are the head, women are the heart. Women are relational. Men are better at disciplining children. Men are innately more likely to lead in school senior leadership. Women are drawn to build homes and be mothers (there was a lot of talk about biological motherhood as the basis for womanhood, with no mention of what this means for adoptive mothers). Men can’t have sex if they don’t feel respected, women can’t have sex if they don’t feel loved.

Before any egalitarians reading despair, there were elements of the conference that left me encouraged. This focus on difference allowed for a new thread to be knitted. One complementarian leader, Phil Moore stated, “You shouldn’t have elders meetings with just men there, because by definition, as elders you cannot see the full picture. On your own admission, men and women are different, that’s why you’ve got male elders…There is certainly no monopoly on authority, or a monopoly on teaching in the church. Because if we believe that women are different from men and see things differently and communicate things differently then you will not have a well-rounded congregation unless some of your preachers are not men.”

There is much in this conference that disturbed and concerned me, but what it has done is open up the possibility for women in complementarian churches to have authority, recognition and opportunity, and for those women that makes this a gamechanger. And while of course, I would rather that there be no limits on women, when a woman is complementarian because of her commitment to her church, her husband, or her view of God, then how can I not celebrate that she now has some space to be heard, or that 200 complementarians (70% of whom were men) are now considering listening to women and honouring them (half of the conference speakers were women). Complementarian women are my sisters and while I have a lot more to say about the many issues with the conference, for now I am glad for my sisters and how this may change their lives for the better. 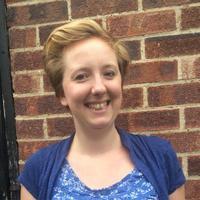 Natalie Collins is an international speaker and trainer on issues of violence against women and wider gender injustice. For more information visit www.nataliecollins.info.