The Battle for London: How Christians are fighting back against a knife crime epidemic

Do you remember where you were at 7.30pm on 3 April 2016? You probably don’t, and why would you? It was a drizzly Sunday evening like so many others, unremarkable in many ways. Perhaps you were just settling down to a roast dinner with your family. Maybe you were meeting friends for a drink or staying in to watch Countryfile.

All the while Myron Yarde was running for his life. In the shabby, jaded streets of New Cross, southeast London, he found himself out of breath, cornered and backed against the wall. He had nowhere left to run.

An argument over a stolen bike which might, at one time, have been settled with a few punches and some angry words, left the 17-year-old fighting for his life at King’s College Hospital. The knives that were used to attack him severed the femoral artery in his leg and, despite attempts by paramedics to stem the flow of blood, he was pronounced dead just after 9pm.

“I think historically people have always thought that if you’re carrying a knife then you’re linked to some kind of criminal gang,” explains Naomi Allen when I meet with her to discuss serious youth violence. Naomi works for XLP, the Christian youth charity that helps support at-risk adolescents who are living on London’s deprived estates.

“The reality is that more and more we’re seeing young people carry knives out of fear, out of peer pressure and I guess as a response to the fact that they see in their communities people being hurt and feeling unsafe,” she says.

1,435 weapons have been removed from the streets of London

Research by the Metropolitan Police supports this – according to assistant commissioner Martin Hewitt, only a quarter of those carrying knives are affiliated with a gang. “It’s becoming a bit more of a culture of: if I don’t carry a knife, I’m the odd one out,” says Allen. This might explain why knife crime throughout England and Wales is soaring. Latest figures reveal that it’s at a six-year high, with an incident involving a blade or sharp object taking place on average every 14 minutes.

Knife crime is increasing most dramatically in London. Twenty-six teenagers were stabbed to death in the capital in 2017. But, as shocking as these statistics are, the true picture is even bleaker as the Met believes the majority of stabbings go unreported.

“Some of the stories I could tell you would terrify you,” announces Pastor Ben Lindsay to a stuffy room of Christians who have come together on a dreary autumn evening to talk about the scourge of knives. “Our youth are out of control.”

It’s a deliberate provocation to Churches Together in South London: a cross-denominational group that is meeting to discuss how best to coordinate action across boroughs. You could say he’s preaching to the converted. This is the embattled front line in this war: shaken-up youth workers who’ve been confronted by armed teenagers, sombre-looking parish priests supporting grieving parents of murdered children and weary hospital chaplains who have witnessed too many life-changing injuries. Lindsay – who used to work for Lewisham Youth Offending Service and now leads Emmanuel Church New Cross – has been asked to speak, but he’s tired of talk, he wants action. As the room breaks into smaller groups for a time of discussion, he poses the question: “Who here feels equipped to get involved?” Out of 25 people, one lady raises her hand.

“In any battle, you’ve got to be clued up about what you’re doing,” explains Lindsay, when I catch up with him a week later to talk in more depth, “so I think we need to train churches – church leaders, youth pastors – anyone engaging with youth culture, about what is actually going on…We can’t be naïve about this stuff.”

It’s no surprise that Lindsay frames this as a battle; the factors driving this trend are as complex as any war and require both a boots-on-the-ground response and effective strategy at policy level. From a gang culture that has gone mainstream to the impact of drugs, from mental health issues to the exploitation of vulnerable children, there isn’t one reason for the rise in violence and there’s certainly not one solution.

In August 2017 there were more than 300 victims of serious youth violence in Lewisham borough alone. One of the reasons Lindsay first rallied churches under the tagline #BattleForLewisham was because a friend was stabbed to death a mile from where his church now meets. It raised the question for him: “Where are the churches in this?” The 40-strong cross-denominational group now convenes every few months to pray about serious youth violence and to hear from experts.

“This is a problem which is going to get worse and the question we have to ask ourselves as individuals and as churches is: What are we prepared to do about it?” says Lindsay, banging his fists on the table subconsciously.

#BattleForLewisham is a start, but for the charismatic pastor with a passion for social justice (full disclosure: I’m a member of his church), it’s not enough. What’s really needed, he explains, is for ordinary Christians to invite God to mould and shape the things they care about and devote their time to. He admits that this comes with a sacrifice: “It might be a cost to where you live, it might be a cost to the school you send your children to, it might be a cost to who your friends are…but I think it was a cost for God to send his Son.”

On a more structural level, he believes churches partnering across denominations to present a collective voice is crucial – and he wants to see more of this. “The Church has two things that the average charity or community organisation does not have,” he explains. “One, we have infinite resources from heaven, and two, we have the biggest volunteer service.” In Emmanuel, several members of his congregation have trained with XLP as mentors for local young people and the church has raised funds for funeral costs for a bereaved family.

Other churches are fighting on different fronts: Beacon Church Brixton has seen many young men give their lives to Christ and come off the streets thanks to the passion of a teacher in their congregation; Ecclesia Church is partnering with an education charity to provide support for young people excluded from school; and Emmanuel Pentecostal church has organised successful youth events where Christian ex-offenders share their testimonies. But there is much more to be done and one question Lindsay is ruminating over is how to connect with churches north of the river. If they were united in their efforts, he says, it could be a real “game-changer”.

Churches aren’t the only ones waking up to the power of partnership. Andy Carter, one of Lewisham borough’s chief inspectors, tells me he’d like to see more joint projects between the police and faith communities: “I would say that a key player in helping us are churches because there is a huge amount of good will, support and people who genuinely want to help out.”

The local force has been working for several years with Street Pastors. They now also recognise the role of faith leaders in the fight against knife crime: asking them to join weapon sweeps of areas where gang members stash knives. The blades, some 15 inches long, can be found in parks, playgrounds, alleyways and car parks across London. It’s one of the tactics of Operation Sceptre, the Met’s strategic approach to reducing knife crime. Since its launch two years ago, 1,435 weapons have been removed from the streets of London. “Every one we get off the street is potentially saving a life, so we do see it as pretty important,” Carter says.

The XLP Bus (pictured in Stepney Green) is a mobile youth centre used to engage young people with positive activities on London's estates. It's kitted out with games consoles, music, table tennis and a kitchen.

Progress on this front has been blighted by the emerging trend known as ‘county lines’, where gangs avoid detection by sending vulnerable youths to towns around the UK to exploit new drug markets. “In its simplest terms, it’s exporting a problem to another part of the country,” explains Carter. If you thought you could avoid gang culture by moving out of a big city, think again.

When I ask Carter to describe the kind of young person who commits violent crime, he says there are some recurring themes: “The common factors will be a broken family at home, someone who isn’t fully engaged in their education – absenteeism from school and truancy – and domestic abuse is a key factor as well. If you add all that together, people have very often come to notice they’ve been a victim before they’ve been an offender.”

So the issue is more complex than criminality? “It’s about trauma,” he says. Consequently, Lewisham has changed its approach: it’s now rolling out a trauma-informed response, where front-line staff in youth offending are trained to spot signs and tailor their action accordingly. They want to keep young people out of the criminal justice system and end the pernicious cycle of re-offending.

Sephton Henry is well acquainted with the criminal justice system. The ex-gang member who was once a selfstyled “boss” on the streets of south London, has been in prison seven times. In fact, he was known as a PPO – a Persistent and Prolific Offender.

The redemptive message of the gospel has never been more pertinent

Without much of a guiding influence at home, over the years Henry slid further and further into the murky world of gangs and serious youth violence.

But everything changed when God broke into his life in his early 20s. “Someone preached to me about Jesus Christ while walking through Woolwich and walking through Plumstead,” he tells me. “They kept seeing me, but I kept trying to dodge them because I had cars pulling up trying to get me…I’ve been shot at, stabbed, bricked, bottled, run over...I couldn’t stay in one place and have a conversation with somebody.” 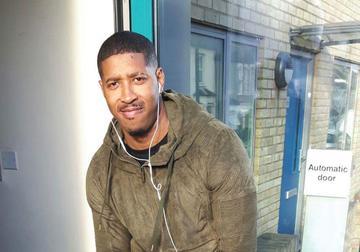 Despite the danger, one day he decided to stop and listen. Over time and after several conversations, he realised the life he was leading was destructive and chaotic, and he took the brave step of repentance. Becoming a Christian has transformed him; he now works for Gangsline, a charity that advises the government on gang culture. His role has even taken him to the heart of City Hall, influencing key policymakers such as the Mayor of London.

For most Christians the battle against serious youth violence is one they feel powerless in and ill-equipped to tackle. But the redemptive message of the gospel has never been more pertinent. Whether it’s teenagers living in material or spiritual poverty desperate to hear about hope in an uncertain world, or hardened gang members hungry for forgiveness and a new start, we have good news to bring. Jesus commands us not to hide our light under a bowl, but rather put it on a stand for all to see.

What does this look like in 21st-century London? It probably means ordinary Christians like you and I leaving behind our power and privilege to take church to the streets. As Lindsay puts it, let’s not be the priests walking by, let’s be the Good Samaritan who puts out a hand to our neighbour, bruised, bloodied and dying by the side of the road.