Beauty from ashes: Our journey of faith through Leukaemia

Our happy family of three had been living in Maidstone for ten years and while we'd experienced our fair share of difficulties, nothing could have prepared us for the trauma which came in September 2016.

Our seven year old daughter and I were devastated to learn my husband James had Acute Myeloid Leukaemia.

Leukaemia is a blood disease that attacks the white blood cells (the immune system). This requires the patient to be hospitalised in isolation while they are receiving treatment. James had worked from home, so I quickly went from having him with me most of the time, to him being absent. The first treatment kept him in hospital for four months. The harsh reality of the journey we would walk had started.

That’s where the amazing phrase, ‘but God...’ comes in.

God can - and is - bringing beauty from pain, and life from ashes.

The process of walking through James’ treatment, (and eventual death) has brought about; a revelation of faith, a depth in my love for Jesus, knowing God is ever present, and even in the silence,  seeing his hand. It has transformed our lives, with a change in perspective. I now have a deeper level of intimacy with God than I ever dreamed possible. There is undeniable truth in Romans 8:28 that says, “And we know that in all things God works for the good of those who love him, who have been called according to his purpose.”

Previously, I’ve struggled with Chronic Fatigue Syndrome, alongside digestive and ovary issues. So I was in a real place of crying out to God to bring change because life often felt like survival. I relied on James physically. I deeply desired for freedom to come, because I knew that we were both created for so much more than what we were living.

We were a tight unit, each playing a very special part in our little family. With no relatives close to us our reliance and love for each other was very strong.

The Sunday before James was diagnosed, I heard clearly from God that it was time to fight in prayer. That same day someone gave me a picture. They saw me walking through a very dark valley, where I couldn’t see anything apart from massive overwhelming mountains over me on every side. However, God was with me. Beyond that this person saw Jesus at the end of the valley with arms open wide ready to embrace me, allowing me to look back and see that the mountains had not overcome me because he was with me. At the time I thought the word was about my health problems.

Little did I know that both this vision and the scriptures Psalm 118 and Psalm 18 given to me that Sunday would become our family's battle cry.

As soon as we got the diagnosis I remember driving to the hospital with a friend asking them, "Why is God requiring so much sacrifice from me? How will I cope?” I was barely holding on. A million questions were bombarding my brain at once: Money, the house, the business, Chloe, my health. It was too much to bear.

That night, struggling to sleep and fighting off panic attacks, I felt God say, “You can’t do it in your own strength and alone, not without me by your side, I will be closer than you have ever known.”

I had a choice. If I pushed God away and allowed anger and resentment to take root I knew that I would sink. I had to be strong enough to support Chloe and be her security, I couldn’t fall apart. The only way I could do that was to trust that this was not something he had caused, that he was going to uphold me, provide for me, and see us through. To remember his promise in Proverbs 3:5-6, that if you “Trust in the Lord with all your heart and lean not on your own understanding; in all your ways submit to him, and he will make your paths straight.” If I didn’t, I knew I would breakdown.

Sleep was difficult. Waking up I’d remember and panic and fear would grip me as I would check for phone messages. It was a challenge to put my feet on the floor and face the day, to meet Chloe with a smile and love and support her. I knew I was going to have to wake up earlier in order to spend time with God. He was there, and he was faithful to speak to me through whatever I read or listened to.

At times the pain and agony inside was so deep I would wail into my pillow, and then I would sense a presence and peace like a soft blanket come over me. In the night if I woke, words of worship would fill my brain, and again I’d sense his presence. “He is close to the brokenhearted and saves those who are crushed in Spirit.” (Psalm 34:18)

We went through 18 months of extremes. James was in ICU four times, each time not sure if he would pull through. He went through a bone marrow transplant, heart attack, his intestines ripped apart from the chemo; procedures that made my stomach turn.

Mixed in with that were the pressures of closing a business, dealing with tax, chasing money owed, organising meals for James, selling business vehicles, taking Chloe to school, homework, after school clubs, being there for her, dealing with my own health issues, and keeping a home. Consistently we got analogies of us being in that boat in the storm with Jesus. He was steering, even when the storm raged. We knew as long as we kept our eyes on him we would be OK, as soon as we looked at the storm we began to sink. Time and time again we would hear bad news, which would shake us to the core, but pulling ourselves together and come back to the truth and perspective of his Word.

What the enemy sought for destruction, God was using to bring good

I look back now, and know beyond a doubt that none of that was possible in our own strength. God was, and is carrying us. James was holding onto God with everything in him. He never complained, or got angry. He was having to deal with every fear and procedure possible, and did so with such courage. God was all over him. If he had chosen to hate and be bitter it would have torn my heart in two.

Herein lies the crux of my testimony; God was and is, even in the midst of fear, pain, agony, helplessness, stress, and anxiety, becoming more and more real to us everyday.

For the first time I began to truly see the love he has for me; not a love that punishes or hurts or requires us to be perfect, but a love greater than a parent has for a child. Just as I was doing everything to be what Chloe needed, God was being everything I needed. He fought for us, had our back, and what the enemy sought for destruction he was using to bring good. I was having my eyes opened to a love (1 Corinthians 13) that never fails! 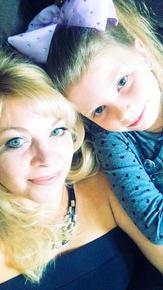 Love requires choice, requires relationship. He won’t force our will to choose to let him in, but if we do, we are assured that we never face anything alone! That choice was tested once again...

Until James’ last breath we (and people around the world) believed and interceded for his healing. That in itself brought its own forceful set of pain and agony beyond belief. He wasn’t healed. Once again all the questions arose, and the choice to trust had to kick in.

We have been thrown into a situation we didn’t choose for ourselves. A place of extreme agony and the pain of loss. I sit here today with tears in my eyes in the knowledge that although not a day goes by that I don’t miss him and wish he were here, God has sustained us and strengthened us. He has been so kind and so loving even when I’ve been so mistrusting of his intentions. Even in the midst of pain he has shown his goodness and faithfulness. He has taught me so much about how to see life from his perspective.

Life is fragile. Every day is an opportunity for us to allow God to mould us and shape us to impact this earth with his love and power. I have seen powerfully how he has held Chloe so tightly, and lovingly caressed her heart. My greatest worry was that she would be bitter towards God. However, last week she asked me if she could give her heart to Jesus, and she is now reading his Word daily. What an incredible love God has for us.

To read more from Molly visit her blog - medium.com/cancervive