From Islam to Christianity: ‘The living God appeared to me’ 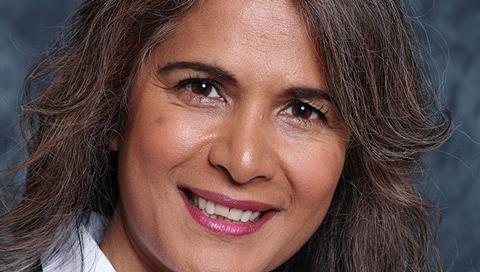 There is a significant cost for Muslims who follow Christ, and the Church in the Western world has yet to learn how to manage this pastorally or in terms of discipleship.

One of the costs for a Muslim following Christ is either temporary or permanent dislocation from their biological family and also their community.

This is why I am keen to resource the British church in terms of responsible evangelism and discipleship.

I grew up on a small holding in South Asia where my family were wealthy land owners. Schooling was a priority for my family. Though I was raised as a Muslim, attending the Muslim equivalent of Catechism classes, the literature I read was incomprehensible as it was in Classical Arabic, the language of Islam.

Even though Jesus is acknowledged as a Prophet and Mary thought to be God’s servant in Islam, nothing of this was ever mentioned to me. In fact I didn’t even hear the name Jesus until I arrived in the UK in the aftermath of Enoch Powell’s ‘Rivers of Blood’ speech.

I arrived in the UK as a child knowing only two words in English - ‘yes’ and ‘no’. I remember putting my hand up in class despite not understanding what the teacher was asking, eating school dinners with meat that was not halal unknowingly and wanting to change the colour of my skin to fit in.

While at primary school, I developed a passion for reading and found myself drawn to illustrated children’s Bible stories in the school library. The story of Daniel in the Lion’s Den, had a profound effect on me. Up until reading that story, I had worshiped a God that did not appear to reciprocate a relationship with his creation. But when Daniel prayed, God despatched angels to shut the mouths of lions. That was the God that I wanted to know; the God that answered prayers.

At university I met a Jewish lady called Sheena. I noticed there was a serenity that surrounded her, and she happened to take an interest in my own culture and well being. In fact, it was Sheena who gave me my first NIV Bible and 32 years on, it still has pride of place in my handbag!

Sheena was a Jewish Christian and she witnessed to me for seven years. She would pray in my presence, yet I could not comprehend a God that I could not see. Then one night everything changed.

The living God appeared to me.

Due to a traumatic situation in my life I was visiting my family and went up to my old bedroom, knelt by the bedside and asked, “Jesus, I don’t know who you are or whether you really exist, but I need that peace that I get every time Sheena prays for me, I need it desperately right now.”

At that moment, God came to me and cradled me like a parent to a child and the deep spoke to the deep - it wasn’t a verbal conversation, but it was an assurance that God was attending to this trauma.

There was a light in the room, it was like a ball of agape love. After that experience, I left the room completely transformed. My friends could see that there was a change. I had become a more confident Hasna, because I had truly met with my maker.