How did a gifted Christian minister become an atheist? I met him to find out

Seth Walker went from the heights of evangelical passion and unquestioning trust in God to total loss of faith and attempted suicide. In meeting him, Chris Goswami discovered there are lessons from Seth's life that the Church needs to learn 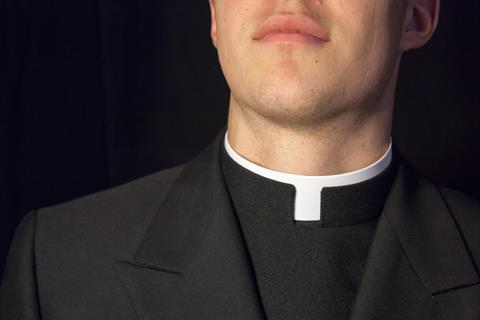 “In my ignorant naivety I thought I could bring hope to this village, hope in Jesus”

This is the true story of a gifted young evangelist called Seth.

Seth moves into one of the most deprived housing estates in England to work for the local church and finds himself thrown into a chaotic and troubled world. There are flare-ups with multiple families living in the same house, bizarre cases of spirit possession, and Seth even finds he has to fight to physically defend himself. Cases of mental illness and domestic abuse all end up on his doorstep. From a young man with a knife, popping epilepsy pills and swallowing screws, to harrowing cases of partners being beaten and children who may have been abused.

Despite this chain of trauma, Seth’s pastoral heart shines bright, and he eventually becomes an integral part of this dysfunctional but very human community and even earns their respect.

A fascinating scene unfolds one day when Seth is called to a house where there is a suspected child abuser. Even though the man is most likely innocent, an armed crowd has gathered to administer a beating. In a moment strikingly reminiscent of the woman caught in adultery (better titled, 'men caught in hypocrisy'), Seth aligns himself with the accused. He quietly dispels the crowd, but at no small risk to himself. Over time, Seth pays a heavy price in stress, lost sleep, and constant worry.

Ultimately, it looks like “well done good and faithful servant”, and a prelude to a lifelong ministry to inspire us all.

But that’s not what happens.

Through these life experiences, the young evangelist found his faith challenged and, eventually, unpicked. The book details Seth’s “conversion” from the heights of evangelical fervour to atheism.

Why did Seth lose his faith?

A few weeks ago I met Seth.

I had to because his story seemed so extreme. I was expecting a rough, hardened character, but what I found was a thoughtful, gentle and unassuming man in his fifties. We went through the reasons for his loss of faith. There are no easy answers, but there are lessons:

1. Violence and incoherence in the Old Testament

“Take a passage like "…kill all the Midianites but save every girl who has not slept with a man for yourselves (Numbers 31)”, says Seth. “If that’s inspired, God did a pretty rubbish job”.

To Seth, as to many evangelicals, the Bible was supremely important. “But it’s either the inspired word of God or it isn’t”, he says, “you can’t just say some bits are inspired but others must be viewed through culture”. He continues: “Why didn’t God just say, ‘let’s not do slavery’? If he’s a God who never changes, then speaking a little love could have been a powerful message”.

Many Christians don’t study the Old Testament, and most churches painstakingly avoid troubling passages on a Sunday morning. There are responses to these difficult questions - the links at the end may help - but when people come up with these and other disturbing topics, how do we handle them? Do we have an open culture that invites hard questions, or do we pretend they’re not there?

Seth says his evangelical upbringing shaped him to take the blame for everything that went wrong in his life, while giving all the credit for his successes to God. He says, “this was a double blow to my self-esteem…a liberal application of the stick combined with a denial of the carrot”.

This view sounds holy, but we need to question it. We are not always responsible for things that go wrong in life. Similarly, it’s good to give glory to God but, if we have done something well it’s fine to acknowledge we did it. We’re not puppets that God controls to achieve good deeds. Of course, our acts of kindness and goodness are inspired by our desire to follow Jesus, but it’s OK to acknowledge, without boasting, that we did them. Bad theology hurts people.

There’s nothing wrong with simple faith. Jesus asks us to come like a child after all. But simple is different to simplistic.

By his own description, Seth’s evangelical faith was narrow and dogmatic. For example, his aim in the community was always to "get people over the line…get them to say the sinner’s prayer." Then, whatever else happens, in Seth’s words, “…it’s notches on my Bible cover right!”.

Certainly, people need to come to Christ - and that may involve such a prayer - but getting people to become Christians can be easy; helping them struggle through life is hard. This is especially true in marginalised communities which many middle-class churches have no concept of. We end up encouraging people to say the four-line prayer to a Father Christmas figure who can leaves us crushingly disappointed when he fails to deliver.

There are materials out there on “deconstructing” beliefs we were fed, and these can be helpful as long as we are reconstructing something at the end. Working through legitimate doubts to a place of confidence is possible, but it usually requires us to give up some long-held, tribal belief.

4. Lack of support and care

Seth is clear that he does not blame the church for any lack of support. He feels he should have asked for help, but he did not.

Nevertheless, we must acknowledge the stresses faced, particularly by young ministers and church workers, and the impact this can have on faith. It looks like they’re doing great…they always have the right words from the front, they’re “getting people over the line”, and they pray and read their Bible (we think)…but their personal faith may be another matter. In the end, they too are human, they too have doubts. They too need people to offload to.

I recall when I completed theological training, my college presented me with a simple framed picture I keep above my desk. It’s in the shape of a heart and quotes three words from Proverbs 4:23, “Guard your heart”.

Why do some Christians lose their faith?

Seth, today, feels he has meaning and purpose without God. “If I want to be connected to something bigger than myself”, he says, “I run on the moors, I listen to the brook that’s been running for thousands of years and will run for thousands more. If I want to feel part of something eternal, there are atoms within me that were formed within a star millions of years ago. I look at my children, for all their good and bad, and know that I will live on through them”.

Three years ago, I posted a blog titled: “Why do Christians lose their faith?”. It was widely read and still attracts comments and emails. Reading through these, I see overlaps with Seth’s own loss of faith: disappointment with God, lack of truly open discussion, lack of support within churches. But in many cases, it’s not God they have stopped believing in, it’s the caricature of God they were sold and, sometimes, it’s the church they have stopped believing in.

Seth’s book contains huge experience, searching and heartache. It is the work of many difficult months, and we owe Seth a debt to take seriously how those around us may struggle with believing everything our churches teach. Finding places where people can be totally honest is good. Assuring people they can still belong to a loving community even if they don’t believe, is vital.