Last week’s report on race and ethic disparities fell well short of the mark, says Calvin T. Samuel, but it won’t stop the critical conversations that have finally begun. 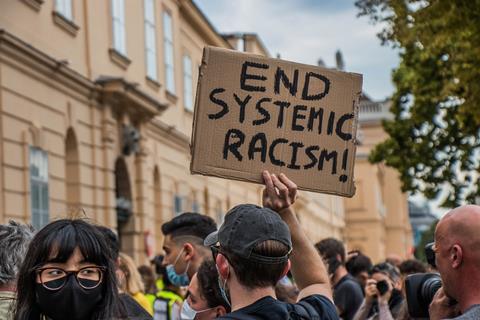 Source: Image by UnratedStudio from Pixabay

The report by the Commission on Race and Ethnic Disparities (CRED) was published in the same week that George Floyd’s murder trial began. That horrific murder sparked Black Lives Matter protests across the globe, which were a catalyst for the creation of the commission. It’s ironic that headline findings include the following:

That latter sounds a bit like the pharisee at prayer in Luke 18.11: “God, I thank you that I am not like other people…”

The CRED report has been widely panned in the media, described by Amanda Parker in the Financial Times as a “masterclass in gaslighting” and by historian David Olusogua in The Guardian as “poisonously patronising.” The Prime Minister’s senior adviser on ethnic minorities, Samuel Kasumu, resigned following it’s publication and a number of academics thanked for their contribution claim never to have been consulted.

The report is tone deaf to the experience of many black and brown Britons. It appears especially condescending to the many young people, regardless of ethnicity, who took part in Black Lives Matter protests, describing them as: “well-intentioned young people who have held on to, and amplified, inter-generational mistrust.” It blames them for alienating ”the decent centre ground” by holding to “a narrative that claims nothing has changed for the better, and that the dominant feature of our society is institutional racism and White privilege.”

The report is also full of ‘whataboutisms’. In discourse on race, people often ask ‘but what about that issue over there?’ as though the validity of one issue somehow undermines another. The report highlights white working-class disadvantage, noting that the “numerically largest disadvantaged group is low-income White boys”. Whenever ‘whataboutisms’ are raised, whether in individual conversations or a Government report, the intention is the same: to distract from the issues and to pretend that matters of race are binary, so that different kinds of disadvantage cannot simultaneously co-exist.

To argue that “ethnic minorities are also now well represented in the highest social class and ethnic minority students represented nearly a quarter of those from the UK offered a place at Oxford in 2019” is both true and irrelevant to the question of how far systemic racism exists and persists in Britain. Highlighting this fact does not negate the fact that many black and brown Britons are treated less favourably.

And it is the reality of this fact which the report fails to take seriously. The report speaks of race disparity. It accepts that there is a disparity of outcomes experienced by people of different ethnic identities but does not accept that the reasons for this are - at least in part - embedded in our systems and structures, whether intentional or not.

The report seems only prepared to acknowledge systems that are “deliberately rigged against ethnic minorities” as systematically racist. But to those who face discrimination and live with inequitable disparity, it doesn’t matter whether the bias is intentional or unconscious. For example, the commission ignores a recent Trades Union Congress (TUC) report, based on the Government’s own data, which showed that ethnically diverse people have been disproportionately affected by redundancies during the pandemic. Presumably it did not fit their narrative.

Despite readily-available data from the Government’s own research (including the 2017 Race Disparity Audit, which demonstrates that different ethnicities experience different outcomes across multiple streams, including the criminal justice system, education and unemployment), the commission prefers to speak of racial and ethnic disparity rather than discrimination. In doing so, it undermines the lived experience of black and brown Britons who are repeatedly saying that there is something wrong with the systems that produce such disparate outcomes.

to those who face discrimination and live with inequitable disparity, it doesn’t matter whether the bias is intentional or unconscious

In a final irony, in the same week that the report was published, we saw the first ever serving British police officer convicted of a terrorism offence, after he was found guilty of membership of a banned neo-Nazi group.

For someone like me, who for 25 years avoided uncomfortable conversations about race, last year’s multi-ethnic Black Lives Matter protests marked the moment in which those conversations became possible. The commission’s report feels like an attempt to push those critical conversations back into the closet.

I previously avoided conversations about race partly because they were uncomfortable and partly because I could afford to. My education, ordination, and location within a safe space in the Church mean that I have been shielded from many aspects of systemic racism and unconscious bias - unlike many of my peers. Azariah France-Williams’ recent book, Ghost Ship: Institutional Racism and the Church of England is a reminder that the Church is not immune to systemic racism and unconscious bias.

Nonetheless, despite its failings, the Church has also long been committed to addressing issues of ethnic and racial inequity. The very first dispute recorded in the book of Acts was not about theology but about ethnic disparity. Hellenists, the minority group, complained that their widows were being overlooked in the daily distribution of food to the needy (Acts 6:2). This was an early example of systemic failure. It’s doubtful that the food distribution system was ”deliberately rigged against ethnic minorities” but, intentional or not, the disparity of treatment had real consequences for people’s wellbeing. The early Church expressed its convictions in Galatians 3:28: “There is no longer Jew or Greek, there is no longer slave or free, there is no longer male and female; for all of you are one in Christ Jesus.”

The response of the early Church to its problems of ethnic inequity was to appoint seven deacons, all of whom, based on their names, were ‘ethnic minority’ Hellenists rather than Hebrews. Their job was to change the system. To make it more equitable. That is what the Black Lives Matter protests did for us. They demand that systems - whose failures are well evidenced by the government’s own data, in reports such as the Race Disparity Audit - are changed.

The British public - and especially the Church, with our commitment to truth and justice - can no longer be persuaded that avoiding long overdue and uncomfortable conversations about racism is the best way forward. Those conversations have already begun.

The report is right to acknowledge how far we’ve come over the last 50 years. But it is wrong to pretend that we no longer need to name and to confront our ongoing challenges. You never change what you never confront.

Calvin T SamuelThe Rev Dr Calvin T Samuel is Methodist minister for the Essex towns of Hockley, Rochford and Rayleigh. His previous roles include: principal of London School of Theology and academic dean of St John’s College, Durham University. He has a background in local church ministry, higher education administration and banking.