Other Christians are sending me hateful messages after my comments on GB News. What happened to love?

Writing from the midst of a Twitter storm, Michael Coren warns the reputation of our faith is being damaged by Christians who engage in venomous attacks against their fellow believers 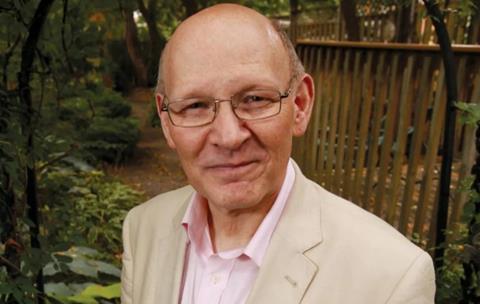 I’m not well known in Britain, in spite of being born and raised in this country.

I married a Canadian in 1987 and have lived in Toronto ever since. I’m a columnist and author, and was once a champion of conservative Catholicism. A decade ago I developed a more progressive faith and became an Anglican.

I’m now a priest in the Anglican Church of Canada, say the creed with absolute conviction, and would describe myself as largely theologically orthodox. But because, rather than in spite of that orthodoxy, I’m politically and socially liberal.

I was asked to appear on GB News, the right-wing television network, to discuss buffer zones around abortion clinics that prevent protest and even prayer too close to the facility. I support them, and said as much on air yesterday.

The law allows women to have reproductive choice, which I personally support, and as such those women have a right to enter a clinic without harassment. These women are frightened and vulnerable, and even the close proximity of someone praying can make them uncomfortable. Pray by all means, prayer is sacred, prayer forms the centre of my life, but God hears prayers wherever they are said.

I argued for reasonability, emphasising that there was room for compromise. I also said that there was a context of terrible violence outside abortion clinics in North America.

My personal view is that I’d dearly like abortion rates to drop and that can, and has been, achieved by progressive social and economic policies and not by criminalising women.

The host of the show was Calvin Robinson, who vehemently disagreed with me. He later wrote on Twitter that I was “pro-abortion and anti-prayer” and other similar, extremely harsh comments that were hardly fair.

It was what followed, however, that particularly disappointed me.

the vast majority of these messages were venomous and abusive. All ostensibly sent by followers of Jesus

I’ve been a victim of Twitter mobs in the past, but when it comes from within the Church it causes so much harm and damage. Not so much to me, mature and big enough to take it, but to the reputation of Christianity.

I received several hundred tweets, emails, and Facebook messages insulting me, promising hell and torment, describing me as a heretic or Satanist, and even of being a “Converso” from the “Synagogue of Satan” (my father was Jewish, so this particular fellow had obviously done some research).

There were a handful of critical but relatively passive comments, but the vast majority of these messages were angry, venomous, and abusive. All ostensibly sent by followers of Jesus.

I never reply in kind, but use humour and reason to try to present a difference face of Christian witness. I know it does some good because people tell me so. But I’m just one person.

Abortion is, of course, a deeply sensitive issue. So is same-sex marriage - another such subject, which plenty of readers will disagree with me over. Strongly. Fine, just as long as we can do so with Christian charity. The recent Canterbury Synod is a fine example of this. Bishops with sharply contrary views began the gathering with a certain suspicion and even hostility. By the end they were exchanging phone numbers and hugging one another. They hadn’t suddenly come to an agreement, but they had been reminded of their Christian duty.

Jesus told us: ”Love one another as I have loved you.” (John 13:34). Paul wrote, “And if I have prophetic powers, and understand all mysteries and all knowledge, and if I have all faith, so as to remove mountains, but have not love, I am nothing.” (1 Corinthians 13:2) Some Christians online really need to take heed of these scriptures.

I’ve worked on the ground with persecuted Christians in the Middle East, I’ve been physically threatened because of my faith in Christ, lost jobs because of it. I’m a Jesus-follower, a man of prayer, a priest. To dismiss me, and all like me, with such ugly language merely because we disagree is an open wound in the body of Christendom.

We must find a new way, because we represent not ourselves but he who made us and who has given us a mission. Pray it changes, and pray it changes soon.

Michael CorenMichael is the author of 18 books, a Contributing Columnist for the Toronto Star and a priest in the Anglican Church of Canada. His latest book is The Rebel Christ (Canterbury Press)