Melvin Tinker (1955-2021): A consummate pastor-theologian who was valiant for gospel truth

The prolific author and church planter was well respected among conservative evangelicals, having overseen the growth of one of the largest Anglican churches in northern England. He later made an “orderly exit” from the Church of England, believing it had "gone adrift from its biblical moorings." His friends remember him as a gospel-centred man who wanted Jesus to be glorified 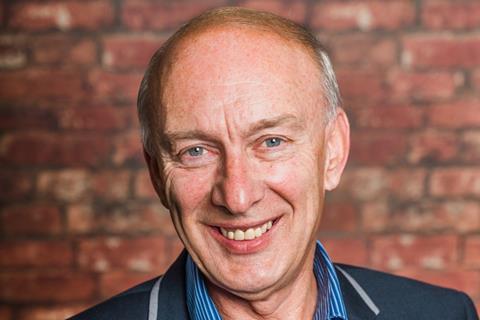 When Melvin Tinker died, in the early hours of this morning from cancer, evangelicalism lost one of its most capable defenders and promoters of the gospel.

Always keen to show how the gospel enables us to stand firm against the challenges of our present day - in society and Church - the 66 year old preached and led with a sense of urgency, compassion and winsome humour.

Melvin was aware that his background, in God’s providence, had been part of his equipping to be the preacher and leader he became. ”My grandfather served as a marine in the first world war. He was a firm man of firm views - who took an interest in me as a boy. That mattered.”

Raised the son of a miner in Nottinghamshire, Melvin knew hardship, "but I loved it. Sure life was difficult - as it is for many today - but boy did it have its laughs."

At a comprehensive school Melvin mixed with people from other backgrounds, including the family of a Methodist lay preacher. "They loved and cared for me. The genuineness of their faith overcame my arguments." So Melvin went to Hull University as a newly converted disciple of Jesus. "I wasted no time in offering myself to speak at the CU in my first year. And praise God somebody was saved!" 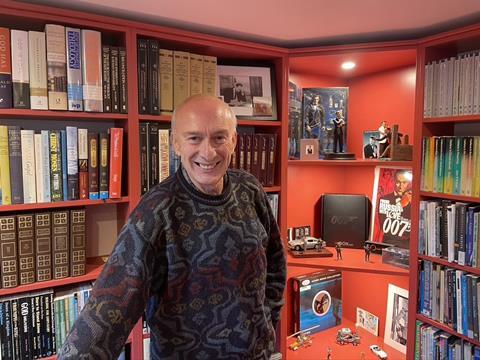 Melvin went on to ordination in the Church of England. Trained at Wycliffe Hall, Oxford, he engaged with the academy while chaplain to Keele University. His years of being vicar at All Hallows Cheadle formed him in the routines of ministry.

Melvin met Heather at university. They both felt a calling to Hull. At the time, it had the lowest per capita church attendance of any UK city. In 1994 they began a 26 year ministry at St John’s, Newland. There Melvin and Heather built up a church that witnessed to Jesus in ways that drew in people from all parts of the city and culture. "I wanted to see the reality of what Martyn Lloyd Jones saw - the gospel warming hearts of folk from all backgrounds," he remembers. "Jesus is not just for the educated or middle class - he is for all."

Jesus is not just for the educated or middle class - he is for all.

Melvin was aware that he was not fully welcome in the power centres of Anglican evangelicalism - but his keen strategic mind could not be totally ignored. He served as a founding member of Reform and on The Church of England Evangelical Council.

The son of a miner who first read a book aged 13, went on to write over 17 books covering a wide range of essential topics for church and academia.

The academic contributions from Melvin are striking. Nevertheless one of his greatest joys in life was sharing the gospel with ordinary people in their homes, and seeing them come to saving faith. St. John’s Church in Hull grew to became one of the largest in the north of England - over 500 present Sunday by Sunday.

In the year before his retirement Melvin led the congregation to leave the Church of England and they became a network of dynamic churches outside the established church. Melvin said it was "only by leaving the C of E could we have a secure future."

Melvin’s church remains the largest to date to have seceded from the Church of England. He co-founded Anglican Futures to support others exploring their futures. Susie Leafe said, "He stood out in his generation as a preacher and author who expected the Word of God to cause a revolution in hearts, lives and churches. We will miss his wisdom and spontaneous generosity." 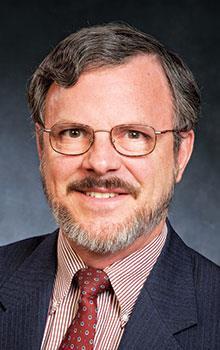 "Melvin was a consummate pastor-theologian, helping his local church and, through his writings, a broader Christian audience in North America, to understand God’s word, Christian doctrine, and contemporary culture alike. Although I am saddened that this steady stream of writings will dry up, I am heartened by the thought that Melvin’s last book, on the comfort of the triune God in the book of Revelation, gave him, and us, a preview of the glory to come." - Professor Kevin Vanhoozer, Trinity Evangelical Divinity School. 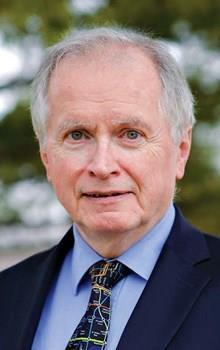 "When Melvin Tinker comes to mind, I instinctively identify him with Valiant for Truth. Yet that says too little. Yes, he was a stalwart defender of confessional evangelicalism, but he was also a clear preacher of the gospel. Yes, he wrote several compelling popular-level books, but he was first and foremost a pastor who loved his flock. Yes, he was an able preacher, but the last ten or fifteen years showed him to be a careful strategist. When he and Heather spent their six-month long-service-leave at Trinity Evangelical Divinity School, they plunged into campus life and heartily participated in the life and prayers of our Spiritual Formation Group. And I rarely talked with him without hearing what he was praying for – including my own family. I shall miss him, and already look forward to renewing fellowship in the new heaven and the new earth." - Professor D. A. Carson 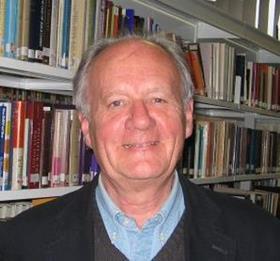 "I first met Melvin when he was a Chaplain at Keele University at a lecture in the 1980s on the objectivity of truth arranged by Donald Mackay. Then I encountered him as an Anglican vicar at special days or conferences. As he built a reputation as a communicator of the Gospel in Hull, two things stood about his character. One was his courage in the face of the media and erring critics, ecclesiastical and other. The other was his skill and gifts as vicar of St. John’s. When later we began to email, he gave me his news of his congregation excitedly. The other was as a ‘church planter’ a current phrase, but by the Lord’s grace Melvin exhibited the skill of one par excellence, showing love to his people, and keeping abreast of the latest cultural fad opposing the gospel. It is perplexing that it is only a few months since he resigned from his church, and in his retirement, no doubt he planned more books in the style that he made his own. But he is suddenly cut down. The Lord gave and the Lord has taken away, and we are the losers." - Professor Paul Helm

Melvin was vocal in challenging the culture that enabled Jonathan Fletcher - now revealed to have grossly abused his position at the heart of the Anglican evangelical establishment. He reflected a few weeks before his death on how the revelations about Fletcher explained much about the constituency he had been a part of, "People wonder why some struggle to stand against the culture and church when they oppose Jesus. The explanation surely lies in the silence - the collusion - around Fletcher."

Much was achieved through Melvin in his ministry. His final talk was an address analysing the culture the Church in the UK faces (below). Like much of his teachings, it lives on thanks to YouTube and the internet:

Many know the encouragement of a phone call from Melvin to say, "I have been praying for you. Keep contending! Stand firm!" As he approached heaven he was keen that two things be underlined. He said that God must have all the glory and "the future is safe in his hands."

Melvin died of cancer, aged 66. He is survived by his wife, Heather and three sons, Christopher, Michael and Philip.