Line of Duty: ‘Bent copper’ on facing the real life AC-12 before giving his life to God

At the height of football hooliganism, Simon Pinchbeck was a police officer on terraces of North London, literally fighting for a living. But he soon found himself crossing the line into a life of violent crime. He explains how God turned his life around 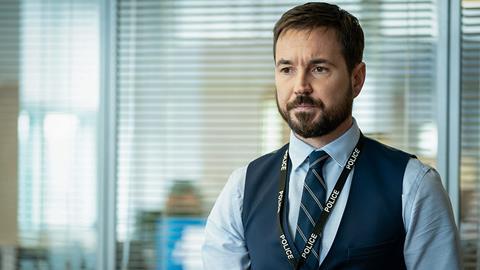 I was a member of the Metropolitan Police Force for 24 years. I wanted to make a difference the world, but very quickly my ‘lines of duty’ changed. My first priority was always loyalty to my team, and then to getting the job done - putting the bad guys behind bars - by any means neccessary.

I wasn’t a Christian and slowly, over time, the lines of duty blurred. I am ashamed to say that I have sworn on the Bible hundreds of times in court; it meant nothing to me. It could have been a copy of The Sun newspaper or Sporting Life, for all the difference it made. 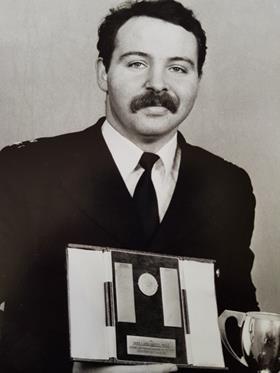 Working out of Highbury police station in North London, I did a lot of football duty. In the 70s and 80s, the violence on the terraces was extreme. I was part of a specialist team deployed to Arsenal football club, tasked with keeping the fans apart any way we could. We often had to use extreme force to keep the peace and to protect ourselves. I developed a reputation among the fans, who nicknamed me ‘The Walrus’, and among my fellow officers, as someone who would use any method necessary to get the result we needed. I admit that I grew to love my reputation as a hard man, and played up to it.

Getting the job done

Over the course of my career, I was interviewed by the police complaints and anti-corruption teams many times; we never liked them. I knew some Christian police officers too – they were nice guys but we never wanted to work with them either. Ultimately, we felt we couldn’t ‘trust’ them to do what needed to be done when the going got tough - or that they would prevent us from doing it. Maybe that’s why I don’t really like Steve Arnott and the guys from AC12…

I was searching for something. I had a God-shaped hole in my life

I was married with two young boys at the time, but I became increasingly self-centred and egocentric. I left my wife and children, and started to live a lifestyle that was increasingly more out of control. I ended up in a fight with another off-duty police officer in a nightclub, and was charged with a serious assault. I was eventually acquitted; the judge ruled that I was suffering from Post-Traumatic Stress Disorder (PTSD) – which stemmed from being trapped, alone, between two sets of fighting fans at an Arsenal vs West Ham match some time before.

Despite the not guilty verdict, I quit the police force. It left a huge void in my life, which I tried to fill with money and material things. Somehow, inexplicably, I drifted into a life of crime. I met some guys at the local gym. Money was their focus and it quickly became mine too. The problem was, the more I got, the more I wanted. I was never satisfied. My life quickly spiralled as I became more and more involved in a life of crime. After a falling out with these men, a contract was put out on my life. The police - my ex-colleagues - were following me on a daily basis. I had well and truly crossed the line.

At this, the lowest point of my life, God threw me a lifeline. As I left the gym one Saturday afternoon, I saw a man on the running machine. He had been a very violent guy, but I knew that he had become a Christian and turned his life around. I was an angry, bitter man at that point. I can look back and see that I was searching for something, that I had a God-shaped hole in my life, but at the time, I just knew that I had no peace in my life. I saw that peace in him, and I wanted some. We spoke, and later went out for coffee. I realised that he used to be a football hooligan, and we had known each other – and fought often - on the Arsenal terraces. Eventually, he took me to church where I said the most powerful words I’ve ever said, with some guy named Nicky Gumbel, who led me in a prayer of repentance, forgiveness, and salvation.

Since that day, doors have been opened for me to tell people about Jesus, both here in the UK and around the world. He’s even sent this ex-copper into prisons to tell criminals that Jesus loves them!

God has restored my marriage and I have the love and respect of my two boys. My ‘line of duty’ is now clear: God first, my wife second, my family third and my work, which is my ministry, next.

As it says in Matthew 6:33: “But seek first his kingdom and his righteousness, and all these things will be given to you as well.” Life is not always easy, and it will always have its troubles, but I have found the peace that I had been searching for. I have eternal hope as I surrender my life to Jesus every single day.

Simon PinchbeckSimon Pinchbeck was a police oficer in the Metropolitan Police Force for 24 years. After leaving the force, he got caught up in a life of crime before eventually finding Jesus and becoming a born-again Christian. He now travels the UK and internationally, sharing his story and the gospel.