Lorraine Jones had just returned home from a shopping trip to Iceland when she heard that her son had been stabbed, just minutes away. ‘Two of our friends came knocking on our door, saying, “Dwayne’s been stabbed!” I picked up my phone and ran across the park; that’s when I saw my son with the paramedics.’ 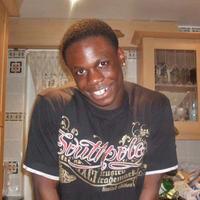 Lorraine, a mother of seven and an outreach worker at the Lord’s Church International Ministries, Brixton, says that run felt like forever.

‘When I saw him on the stretcher, his hand was hanging. I could see it was serious. I said, “Lord, have your way.” I couldn’t touch him because the paramedics were trying to resuscitate him, and there was blood everywhere. We went to the hospital, where they tried to stabilise him,’ she recalls.

Dwayne had been stabbed three times, including through his heart. He was given an operation to laser the heart wound, and was on a life support machine for two days before he died. ‘I thank God because in those two days, even though he was on a life support machine, I was able to speak to him, kiss him and pray with him. He was with us, but couldn’t communicate,’ Lorraine says.

My son died a hero, being a Good Samaritan

Only earlier that week, mother and son had been talking about the meaning of death. ‘I said to him, “Death is a transition from earth to heaven. It is nothing to be afraid of. When a person dies, it is just their flesh that goes into the earth, but their spirit goes to our maker.” Of course, I didn’t know Dwayne was going to make that transition so soon.

‘So when he was on the life support machine, I said, “Son, this is the transition I was talking to you about. You can’t speak, but call on Jesus. Jesus will be with you through the transition.”’

Although Dwayne’s family live in Brixton, an area known for gun and knife crime, he wasn’t caught up in the gang scene. Police investigation into events surrounding his death and CCTV footage has indicated that he died in an attempt to help a young boy who was in trouble on the street.

Lorraine has asked God a number of questions about her son’s death. ‘One of those questions is, why did Dwayne look out of the window of my brother’s car, and have to see a younger boy being pursued – and then jump out of the car to help?’ she says. ‘And the answer was: “Because that’s what Dwayne was like.” He was always someone to help and bring peace. So, my son died a hero, and being a good Samaritan.’

‘When you lose a child, the grief affects you emotionally, physically, psychologically – your whole being. I thank God that I am a Christian because truly the Holy Spirit has helped me and my other six children to get through this grief in a positive way,’ Lorraine says.

But remarkably, she doesn’t appear to be angry about Dwayne’s tragic death. ‘I haven’t had any anger about this. I would say that is because of my relationship with God. It does feel like a rollercoaster though,’ she says.

Lorraine wonders whether God has turned her anger into compassion. ‘I’ve had compassion and an urgency and a zeal to reach out to the perpetrators and children who have got caught in this vicious [life] where they are harming others... As a minister, I still have work to do. There is a great urgency to reach out to our young people to put a stop to this knife and gun crime.’

After Dwayne died, more than 300 people gathered inside and outside Jones’ house to mourn. For nine nights, young people continued to come. ‘A revival started. There was mourning and shock, but they were also asking: “What do we do now?” It has put us in a position as the church to help them live in the right way: in love, unity, strength, hope, power and prosperity,’ she says.

‘As a minister, when you see so many people come with so much pain, you are moved by compassion and you want to console them. We have been singing praises, hugging and ministering the word of God. I’m grieving, so I’ve had to call for help.

My pastor, Rev Dr Frank Owusu and his wife, Albie Crentsil-Owusu, have come…I’ve had ministers here every evening on a rota. Some youth have given their lives to the Lord, some have recommitted their lives. It’s been an amazing journey.’

Lorraine has been shocked as she’s gradually realised the impact her son was having on other people’s lives. ‘Just last night an English mum came and spoke to me. She said that since Dwayne passed away, her 12-year-old son has cried every night. Apparently Dwayne was teaching him football and mentoring him. I’ve had elderly ladies come and say that my son had helped carry their shopping; I’d never even met them before.’

Lorraine’s belief in change for future generations is contagious. ‘Gun and knife crime is not going to grow or overtake our communities,’ she declares.

But she urges churches to reach out to the families of young people who could end up involved in gun and knife crime. ‘The foundation for children is family life – we need to touch the mothers, the fathers, the adults. The ones who have committed this crime are in such need. Dwayne is fine, he is at peace. But these young people are broken and bleeding, that is why they can commit such brutal acts – because of the state of their heart. We want to reach them, and save them and turn them around. I believe we can do that as Church, and also as community organisations.’

Brixton has played host to a recent church-run peace march, which successfully brought people together from a range of religious and cultural backgrounds. Lorraine believes that other churches need to host these in their local streets too.

‘Some of the young people who came to our home showed me the bullet-proof vests they have been wearing on the streets,’ she says. ‘That shouldn’t be a part of their wardrobe. They said: “I’m wearing this because I don’t know what could happen to me on the streets.” There’s a lot that needs to be done and as the Church we are in the position to reach out with Christ’s love.’

Lorraine Jones has been supported in her grief by The Nelson Williams Foundation, which works to put an end to gun and knife crime among young people. She shared this story with Maria Rodrigues on Premier Christian Radio.