Why Nadia Bolz-Weber's 'Sexual Reformation' isn't backed up by scripture

Should the Church liberalise its ethics around sex?

In Shameless: A Sexual Reformation (Canterbury Press), The founder of A House for All Saints and Sinners (a Lutheran Church in Denver, Colorado) draws attention to the experiences of those who don’t fit into ‘normal’ categories of sexual or gender identity or behaviour, as defined by the North American Conservative Evangelical Church. She draws attention to the pain that the Church has inflicted, and lays out an alternative teaching which is more sensitive to those with different sexual backgrounds and experiences.

She addresses a number of issues, including: transsexuality; homosexuality; gender stereotypes; abortion; abstinence before marriage and divorce. In each case she tells true stories - sometimes her own - to show how the church’s traditional teaching has caused people pain. She takes inspiration from the Protestant Reformer Martin Luther, who believed that the gospel “could free his parishioners from the harm their own church had done them.”

Bolz-Weber is a very engaging writer, and has a powerful combination of intelligent insight, poetic prose and acerbic wit. At some points she is consciously irreverent, and regularly uses expletives. This is part of her appeal to some people, while it may be off-putting to others.

Readers who don’t like her irreverence shouldn’t let it obscure her underlying message. She clearly has a pastoral heart. Many of the stories arise from personal conversations with members of her church. Her love for those she writes about is evident, and the stories give humanity and dignity to the individuals concerned. Overall, it would be very difficult to read this book and not feel empathy for the individuals whose stories she tells. This is the great value of this book, both for those personally affected by the issues that this book raises, and for those who have had no experience of them.

When practicing our Christian faith it is important that we understand how it affects others who are different from us and, if necessary, re-examine our practice and teaching in light of this.

There are some interesting and insightful explorations of scripture. For example, she highlights how affirming Song of Songs is of sexual experience - particularly of sexual desire from the perspective of a woman. She also provides a helpful analysis of Jesus’ commandments regarding sexual desire and adultery. She claims to care deeply about scripture, and these passages show that she has clear gifts as a biblical interpreter. However, other than a fairly un-orthodox re-telling of the creation story interspersed into the book, there is relatively little other reflection on scripture, or on the traditional teaching of the church. The book relies primarily on personal experience as its source of authority.

This is the book’s biggest shortcoming. Martin Luther may have been inspired by the suffering of other Christians to reform the theology of his day, but he didn’t take experience as the foundation of his work. Luther was an Augustinian monk and theologian, and he brought renewal to the church by engaging deeply with the Bible and with Christian tradition; this is why he was so effective. Unfortunately, Bolz-Weber only paddles in the shallows of scripture and tradition, which means that her arguments will remain unconvincing to many who hold to conservative theology. Moreover, taking experience as her foundation leads to a very skewed view of the goodness of the church’s teaching in this area. This is not to say that she would have been better off writing a dry academic book on the subject; her writing is powerful and persuasive, but I wish she had shone more light on scripture.

Her failure to engage seriously with either scripture or tradition is at its most obvious in the areas that are most controversial. For example, her argument justifying abortion rests entirely on the fact that it was cynically taken up as an issue by the Religious Right in America as a political power play. While this may provide insight into why it is currently such a hot-button issue in the US, it completely ignores the important and long-standing Christian teaching that life is a gift from God that is not ours to end, and the fact that Christians have held a negative view on abortion throughout the past two millennia. She does not enter into theological discussion about same-sex marriage, presumably because she considers that the debate has already been won.

Many of the stories highlight hypocrisy, for example where a sex-therapist coerced a client into sex, or where the leaders of a youth camp were having an affair. The subtle implication of this is that no-one really sticks to the Church’s constraints on sex anyway, and so we might as well just get rid of all of the restrictions. But this is a poor argument: hypocrisy is evidence of bad people, not bad rules. We must guard ourselves against hypocrisy, and have integrity in what we practice, but change what we teach only if we find it to be inadequate.

With regards to the goodness of the Church’s teaching, the book assumes that whatever the Church may have said in the past is basically wrong-headed (“I believe strongly that the Church, in general, has absolutely not gotten it right” Bolz-Weber says). Overall, the message is: ‘Hey, if the Church has ever made you feel bad in any way at all about sex, or sexuality or gender or reproduction, be cool! The church was wrong - be ‘shameless’ as the title goes - with an implicit, although barely mentioned, assumption that things like sexual assault or infidelity are not cool; (but everyone knows that already, right?).

This fails to do justice to the wonder and power of the church’s traditional teaching on sex. Life-long, committed, exclusive marriage, an image of the relationship between Christ and the Church, has been a great blessing to Christian communities throughout the history of the Church. Bolz-Weber overlooks this in her desire to find fault with traditional teaching.

There is good reason why a curated group of individual experiences can’t serve as an authority on which to base doctrine and practice - namely, a set of stories can only take in a minority of human experience. Bolz-Weber chooses stories that will justify her argument - people who have been hurt by traditional Christian (mis-)interpretation with regards to sexuality - but we don’t hear from anyone else. There are no stories from people who have been hurt by marital infidelity; no stories from people who are addicted to Tinder; no stories from women or men who are disadvantaged through living in societies where polygamy is widely practiced; there are no stories at all from people who grew up in a home where their parents worked hard to love one another in spite of their own inherent selfishness, and ultimately succeeded in providing them an example of how it is possible to work through conflict and love another person in a stable and secure relationship. Marriage is not just a lifestyle choice, as she presents it, it is a blessing to those who take up its awesome responsibility, and to many more who encounter the married couple besides. 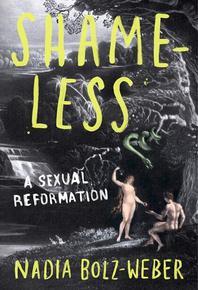 The church has a strong positive message with regards to sex overall - a message that has been a blessing to communities based on Christian teaching for the past 2000 years. We always need to re-examine our theology as our understanding of the world changes, but reforming something entails going back to the source; re-affirming the goodness of what was originally there, not assuming that the whole thing is rotten and throwing it out. If Bolz-Weber wants to start a reformation around sexuality, she will have to do as Luther did, and appeal to a higher authority than individual experience.

Shameless: A Sexual Reformation (Canterbury Press) by Nadia Bolz-Weber is out now. Click here to read Premier Christianity's Profile interview with the author