Jeff Lucas: Take it from Larry

We sweated profusely in foul fabrics such as Bri-Nylon and Crimplene; I sported a hairstyle with a bouffant that stuck out like Florida, tempting children and small animals to shelter beneath its shade.

Glam rockers such as Slade were anything but glam, video recorders were ultra high-tech, and the nation was about to be hit by a feminine force that, for good or ill, changed just about everything, as Margaret Thatcher, handbag on arm, marched into Number Ten. This was the era of the intimidating giant called Mr T, who had muscles in places where I don’t have places. But compared with Mrs T, he was a wimp.

Her death prompted a huge and sometimes shrill debate. Some tagged her a fearless crusader, others a Cruella De Vil. All agreed: she left her mark, for good or ill. The BBC fretted about whether to play ‘Ding dong! The Witch is Dead’ on the Radio One chart show, while the security agencies feared potential disturbances at her funeral. 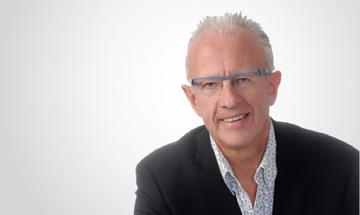 Ironically, the Iron Lady would probably have approved of the straight talk about her legacy. Famous for her withering glare and her inability to suffer fools gladly, she never craved hollow popularity, and was even nervous when her party scored too high in the mid-term opinion polls.

Like all of us, she was deeply flawed, often wrong in her insistence that she was right. Saint Margaret she certainly was not. And death should never place anyone beyond appropriate critical evaluation of their life’s work.

But the partying around her passing is further evidence of a famine of respect in our culture. Perhaps I’d feel differently if I lived in one of the devastated mining communities that bore the brunt of her policies, but surely it’s inhumane to dance on anyone’s grave, not least because it’s tantamount to spitting on the grief of their family members. While nobody should be forced to mourn, those who do mourn should be blessed, not cursed with guilt by association.

Bitterness is never satisfying. It never brings resolution or closure.

Ongoing rage shows that, our souls still deeply stained, we remain under the power of the person we hate. Their shadow lingers, and we live under it. And it achieves little or nothing.

Thatcher is dead. She is impervious to any insults that might be rained down upon her. The vitriolic might find greater joy in putting their energies into doing something practical to correct the current ills, of which there are plenty. And bitterness blinds us to any strengths that a person has. Love her or loathe her, she was a leader. As a church leader I’m challenged by the need for bravery. At times I’m afraid to speak out on controversial issues or take awkward decisions, concerned with the consensus rather than the kingdom.

Perhaps for some the wound is too deep, and it’s unreasonable to call for grace and dignity.

Then I think of Larry, a quiet, unassuming chap in our church, whose life was changed forever by the phone call that every parent fears. His daughter had been murdered by her boyfriend. Larry trudged a painful pathway, ultimately being able to forgive his child’s killer. This was no quick, Nescafe forgiving, but a determined journey to offer grace that is nothing short of amazing. Larry aches every day for his lost little girl, but doesn’t have to stagger under the additional weight of unresolved hatred. In the end, gleeful rejoicing is uglier than any bizarre 1970s fashion choice.

Give me platform shoes or Crimplene flares over bitterness any day. I know. There will be those who will insist that I can’t begin to imagine the pain experienced by some, and they’re absolutely right.

So don’t take my word for it. Take it from Larry.