Beata Mukarubuga is one of many widows I got to know through Solace Ministries, an organisation we both worked for to assist fellow survivors of the Rwandan genocide. Beata was raising three of her own children as well as six adopted orphans whom she loved and cared for as her own. We would meet weekly in a small group to gain strength for our work. First we’d share our hearts with one another, and then we would dance.

One day on a long bus ride Beata told me her own story – a tale of horror that is all too common among those of us who lived through the genocide.

Just a few weeks after this conversation, Beata received a shock in the form of a letter. It was from Manasseh Nshimyerugira, a former neighbour in her home village of Nyanza, and it was sent from prison.

In his letter, he confessed to killing five of Beata’s children, as well as many other Nyanza Tutsi. She was stunned. 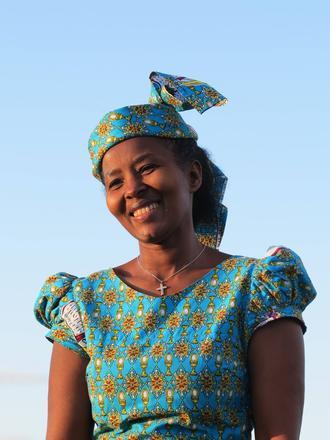 Manasseh wrote that nightmares about his victims terrorised his sleep. Through all the intervening years, he had not had one peaceful night. Now he pleaded with Beata, with God, the president, all of Rwanda, and the whole world to forgive him. His letter was a cry of anguish.

Beata, like a lioness, reacted with instinctive fury against the attacker of her young. “When I learned that Manasseh had killed my children, and how he did it, I hated him!” she told me. “I pictured him as a snake!”

Someone who kills innocent children – who deliberately destroys what is most precious on earth – deserves the death penalty, the mother in Beata raged. Eye for eye, tooth for tooth!

Whenever her mind became quiet, however, Jesus intruded into her thoughts – he who had saved her from the despair that had overwhelmed her after losing her husband and children to the Hutu militias known as the Interhamwe.

Jesus had lived by a different law. Beata’s heart became a war zone, justice fighting mercy. Her own nightmares returned.

Finding the bodies of her children

Manasseh wrote another letter, this time detailing where he had disposed of her children’s bodies. Once more, his words roused all the emotions and all the sights, sounds, and smells of the terrible weeks of April to July, 1994. Beata fell to her knees and wrestled in prayer – again and again.

After receiving the second letter, she went out to search, with other survivors. In the spot Manasseh had described, they retrieved the remains of Beata’s children – and of 122 other people.

As harrowing as this was, Beata’s relief was great: finally, after six years, she could bury her loved ones.

“I thank everyone who gave back dignity to my children the day they were taken out of the sewage pit and buried as human beings,” she says. “I thank everyone involved in building a memorial for them.”

Two years later, Beata mustered the will and courage to visit her children’s killer in prison. He was later released.

“I greet Manasseh every time we meet,” she told me.

“But Beata,” I responded, “how can you possibly greet the man who cold-bloodedly murdered your children?”

She was quiet for a while. Then she said, “Forgiving is a choice, an attitude to life. It’s a decision I have to affirm every day, with God’s help. Because when I wake up each morning, my husband and children are still dead.”

I knew Beata still mourned her family. I saw her tears when she looked at the only remaining photo of one of her children. Yet her heart was free – I saw that in the brightness of her eyes, heard it in her laughter with the children and in her singing as she cooked us all a pot of sweet potatoes when I and other friends visited her.

So I listened intently as she said: “My forgiving is based on what Jesus did. He took the punishment for every evil act throughout all time. His cross is the place we find victory, Denise – the only place!”

Through the encounter with her children’s killer and others incarcerated with him, Beata became convinced that God wants every person to be redeemed. Much of the murder had been committed by teenagers, who lived with unimaginable guilt as they came of age in prison. Beata brought them hope.

She met nine other neighbuors, locked up for their part in the massacres in Nyanza. Among them was the woman who had hidden Beata and her infant son in the final days of the genocide, hoping that this self-serving act might save her own life when Tutsi forces liberated the area. This woman, with her husband, had kept Nyanza’s execution list. Now Beata prayed with her, guiding her to give her life to Christ.

Beata kept returning to the prison, urging convicts to open their hearts to God and to humble themselves to their victims’ families. “The way to escape your darkness is to face the light, confess your sin, and run to the cross!” she told them. “The blood of Jesus speaks louder than the blood you shed, louder than your self-accusation. It can wash killers clean!”

As she saw some respond and change, while others hardened themselves or made excuses, Beata realised that receiving new life – or not – is an individual choice.

“Freeing comes only to people who repent, and many are still too proud,” she said. “Yet those killers who do break down discover that behind God’s judgment is unending love.”

This blog was adapted from the book From Red Earth: A Rwandan Story of Healing and Forgiveness. Copyright © 2019 by Plough Publishing House. Used with permission.

Denise Uwimana is the founder of Iriba Shalom International, an organisation that provides material and spiritual help to genocide survivors in Rwanda.