Some accused us of being lascivious, unChristian or leading people into sin. Others applauded the magazine’s bravery and willingness to be a Christian voice on a topic largely dominated by secular wisdom.

Aside from helping individuals, Maggie has also helped Christians to develop a whole theology around sex. In the secular world, sex is often throwaway. Maggie has helped us to understand it as more than the pursuit of your own pleasure. This speaks into a wider cultural issue about life more generally ? the world tells us that our aim in life should be to ‘do what makes you happy’. As Christians, we know that’s not true. We try to live lives which are honouring to God and our neighbours. Sex is no different, and anything which helps us live that out it is a good thing. 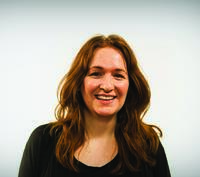 The temperature has definitely changed. Sex isn’t quite the taboo in church that it was ten years ago, and to an extent, Maggie feels that she has achieved what she set out to achieve and is therefore writing her last column this month "Does masturbation discount me from church?". Christianity will continue to cover issues around sex and relationships, albeit in a slightly different format, but please do join me in thanking God for the pioneering work Maggie has done in this area. She got us to talk about sex ? biblically, frankly and honourably. Not a bad legacy. We will miss her dearly.

After a long, cold, seemingly endless winter, everyone was pleased when the sun finally showed itself. Here at Christianity Towers we’ve been doing the classically British thing of rushing out the minute the sun shows itself, stripping off and lying in the park, slightly panicked in case it disappears again. With my rudimentary understanding I had hoped that climate change might mean the British weather would be more like Spain all year round, which would be no bad thing.

For many parts of the world, a changing climate isn’t good news, as Lucinda Borkett-Jones discovered when she travelled to Malawi in "Sun, Sea, and Starvation" (p.30). It’s very difficult to care about things outside of our immediate surroundings, but the fact is, people are starving because of the droughts and floods brought about by climate change. The IF campaign is trying to address this ? why not lend your support?