Boarding school taught me to bury my feelings, but after decades of pain God set me free

“I’d like to book my husband in for the healing week in January.” There was a pause on the line.

“Does he know?” came the reply.

As it happens I did know. In fact I had willingly agreed to my wife Kate’s suggestion that I spend a week at Harnhill Christian centre near Cirencester.

What prompted this was a row at a social event before Christmas that had threatened to blow out of control. I was at the centre of it.

The argument had been resolved and I felt enormously loved and supported by my wife and adult children, but a throwaway line had left me with an amazing insight: “Dad only really feels safe in his immediate family.”

Safe from being hurt

At home I know I can be me: safe and loved, and also capable of taking criticism. Everywhere else I wear a protective shell to stop me getting hurt.

Most of the time the shell looks soft, but every now and then, something exposes the hard inside that can make me defensive, absolute and closed. I think of it as being surrounded by upside down pork crackling, soft and fatty outside but crunchy and hard inside!

So off I went to the healing retreat, assuming I was going to deal with the effects of my parent’s divorce when I was three.

But as I sat down with my two wise prayer ministers and talked through what I was doing there, the awful truth became apparent.

Five decades on, I was finally going to have to revisit the pain and abandonment I’d felt as a seven-year-old despatched to boarding school for most of the next ten years. There I’d learned that it was better not to feel or trust.

It had left me emotionally closed and independent throughout my childhood, and had caused huge problems in my marriage to Kate, especially in our early years.

Thinking about that lonely little boy in a dormitory made me wonder where God was in all this. I became a Christian in my thirties. But where was he then?

I spent the next two days ranting to myself, in prayer, out loud on a run, and in a colourful and furious letter to God. Where were you God?

Even though I knew the good news, that I was lost and was found, the idea of God always being there was a wholly inadequate answer.

At the Harnhill Centre of Christian Healing, I was shown a painting of a figure walking through a dark and ferocious storm with an angel behind him or her, looking bright and serene. Some saw God with us all the time. All I saw was God taking the mick!

The figure doesn’t know God is behind them; it felt like a cruel trick. Psalm 23:4 laughed in my face: “Even though I walk through the darkest valley, I will fear no evil.” But since there’s no one else with me, I will do it all on my own. I’m in control, I finished the verse.

I searched in vain through the whole of Psalms for an answer to my question: where were you God? Psalm 42 came closest to answering: “My tears have been my food day and night, while people say to me all day long, ‘Where is your God?’”

Having failed to find an adequate answer in Psalms, I read the whole of Job, which is full of bad advice but has a cool ending after God has challenged Job’s right to question him. None of this gave me a satisfactory answer. I asked for a private chat with one of my prayer ministers.

“That little boy had his childhood stolen,” he pointed out. At last my shell cracked and tears rolled down my cheeks. Whenever anyone talks about teenagers, I often reply – half-jokingly – that I never was one. But it was no joke. At last somebody understood.

In my head I heard the words from Joel 2:25: “I will repay you for the years the locusts have eaten”. Two seconds later, my prayer minister repeated exactly the same verse to me.

And so I went in for my final prayer session, expecting tears, snot and some sort of emotional catharsis as I revisited that little boy once again. Yet as I closed my eyes and imagined myself back in the dormitory of my youth, I felt strangely calm.

“There are obviously lots of people at the school”, I said. “I can clearly see myself alone in the room surrounded only by beds. Yet instead of pain, I feel relaxed and comfortable.” I had been completely healed and set free. 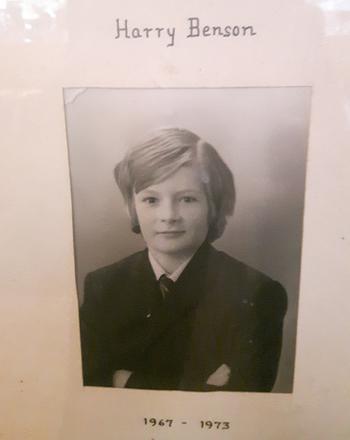 There have been so many positive consequences to this. Although I have never judged my parents for sending me away – it was a cultural thing – it was easy to forgive and bless them in prayer.

I also no longer need to rant about God’s apparent absence. If the little boy no longer feels abandoned, there’s no need to be cross! I don’t know how this works but I have a much clearer sense of him being outside of time. “I am,” says God in the Old Testament and Jesus in the New.

Nor does the little boy need to protect himself any more. In the weeks since, there have been several situations where I might easily have worn my shell. No longer.

I haven’t taken family frustrations quite so personally. I’ve also been to a couple of social events where, instead of feeling unaccepted and like an outsider, I felt comfortable and relaxed, that I belonged.

I can’t reclaim my lost childhood, yet I can now walk in freedom as a child of God, not hurt, not abandoned, no longer having to wear a protective shell. Instead I am loved, accepted and open to the abundant life Jesus promises both inside and outside my immediate family.

Harry Benson is married to Kate, father of six children, research director for Marriage Foundation, and co-author (with Kate) of the bestseller What Mums Want and Dads Need to Know