Perpetua was a young mother living a comfortable life in ancient Carthage, north Africa. Converting to Christianity had recently been made illegal, and Perpetua was a catechumen (preparing for baptism), so she was arrested along with other converts. They were offered the chance to renounce Christianity and make sacrifices to the Roman Emperor as a god. Although her father begged and threatened her, and even kept her baby from her, Perpetua refused to give up her faith.

Perpetua wrote an account of her trial and her time in prison – one of the earliest documents written by a woman. Her courage, faith and peace shone through her account. The day before she was due to be killed, she passed her diary on to another Christian so he could record her painful but dignified death in the arena. Her example of faith and obedience inspired the early church.

You could call Olympia the female Erasmus. She was fluent in Greek and Latin by the time she was twelve, and she combined her love of the Classics with a keen knowledge of theology. Olympia was raised in the free-thinking court of Ferrara, northern Italy. When the court became more hard-line Catholic, Olympia (a Protestant) had to leave.

She moved to Germany, where she corresponded with leaders of the Reformation, organised the translation of Protestant writing into Italian, and adapted the Psalms into Greek hexameter poetry. Sadly, a lot of her work was lost when the city where she was living was sacked. She died far too young, at 29, but spent her last days writing letters of encouragement and comfort to her friends.

Susan grew up in an abolitionist Quaker family in the USA. As an adult, she joined the campaign to end slavery and, after the Civil War, saw this dream come true. But then she realised that although male ex-slaves had the vote, women still didn’t. In a sense, they were treated as property, just as the slaves had been.

Susan became a fierce advocate for women’s rights for the rest of her life. She campaigned for the right to vote, access higher education and hold property. She even cast a vote in the 1879 presidential election – and was tried, convicted and fined for it (although she never paid the fine). Susan never lived to see women in the USA get the vote, but her work was responsible for the change in public attitudes that made it possible.

Born to a comfortable and politically well-connected English family, Josephine became concerned about women in poverty, and especially those in prostitution. She started to take terminally ill prostitutes into her own home and later founded a refuge for them. She campaigned successfully to raise the age of consent to 16, to counter child prosecution. She also fought international sex trafficking and helped to overturn the hideously sexist Contagious Diseases Act. And all this was at a time when a woman speaking publicly about sex was extremely shocking!

Josephine also spoke up for the right of women to vote, and their right to own their own property after marriage. Her tireless activism changed the lives of generations of British women.

You can read more about the life and faith of Josephine Butler in April's issue of Premier Christianity magazine. 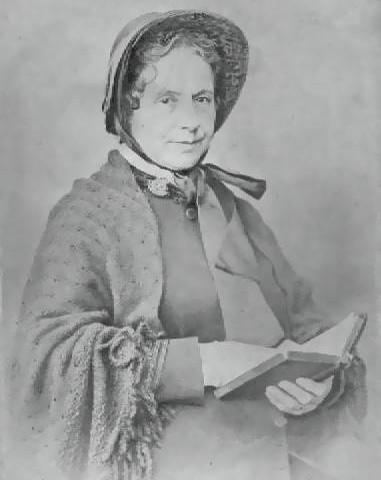 Catherine’s spinal problems forced her to stay still a lot as a teenager, and she spent the time reading the Bible over and over, and studying theology. She was expelled from the Methodist Church because she thought it had become too respectable to meet the real needs of the poor. She then met and married William Booth, another Methodist reformer. Together, they formed the Salvation Army to reach out to the poor and homeless, prostitutes and alcoholics, in London and then further afield.

Catherine believed in women’s equality, including women preaching – a very unusual view for the day. She and William had eight children, and seven of them also became preachers and evangelists. Their daughter Evangeline Booth went on to be General of the Salvation Army.

Karen Murdarasi is a freelance writer