Should Christians go on expensive holidays? 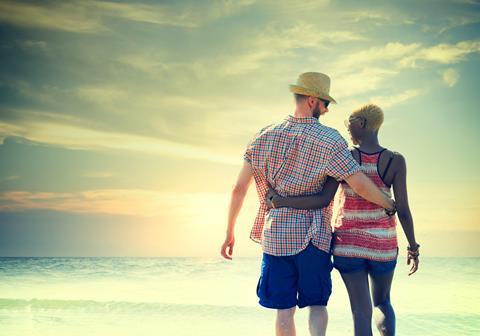 Q:Our family recently went on an international holiday. It was wonderful, but I did feel a twinge of guilt. It took us more than a year to save up for it and we were the only ones who benefitted from it. I can’t imagine the disciples ever had a nice beach break. Should Christians spend money on such luxuries?

I find it helpful to set this question in a historical context. The modern world puts pressures on us which our forebears never knew. I’m sure the disciples would never have dreamed of working a 14-hour day, for example. Whether it was fishing or farming, they would have had a much more balanced rhythm.

It was only within the Roman Empire, with its civil service, that pressures like this began to be imposed upon citizens. But ordinary people in the ancient world, the Middle Ages and the early modern period would have had a much more reflective and rhythmic cycle to their lives.

People have always celebrated holidays, such as Christmas, All Saints’ Day or Easter. These were public holidays when people would down tools, often go to church and perhaps have a celebratory meal. Days such as these would be looked forward to as a time of rejoicing – a time to pause and celebrate the goodness of God.

When you look at the Old Testament and its regulations around feasting and fasting, whole weeks of feasting took place during these seasons – including journeying to Jerusalem and having a great party with all the family there.

If somebody had asked: “Should we be spending all this money?” the answer would have been: “Yes. We have worked hard for the previous months and now we are going to celebrate the presence of God and his redeeming love for his people.”

Perhaps if we actually planned our holidays with that mindset, it would become a way of showing our appreciation to the good God who gives us so much to richly enjoy.

Psalm 24:1 says: “The earth is the Lord’s and the fulness thereof” (KJV). Paul quotes it in 1 Corinthians 10:26, when he’s judging disputes about what Christians should and shouldn’t eat. He wanted to convey that sense of God’s lavish bounty.

Ultimately, the question of how much we spend on holiday activities is a matter of personal conscience and prayer. Yes, there is a time for fasting, and there is also a time for giving stuff away. If you are in the fortunate position of being able to afford a holiday, you might also want to ask who else you may be able to bless, if your disposable income allows it.

William Wilberforce, the great campaigner for the abolition of the slave trade, died a relatively poor man, because he gave away whatever he could. His is a wonderful example. I don’t think he was begging for his living – he was probably well-off enough that he could give a lot away and still have enough to get by – but such examples should make us think.

Life isn’t a matter of having more money in the bank than anyone else. Generosity is what counts – God’s generosity to us and our generosity to those around us.