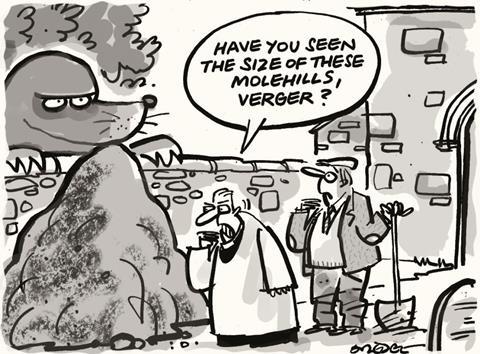 Our doorbell rang, the welcome announcement that our weekly grocery delivery was arriving on time. A rather jolly chap in a fluorescent yellow tabard (and matching mask, which made him very seeable in the dark) hauled in trays laden with our supplies. The ability to order online and avoid the nervous weekly shuffle around the supermarket has been a Godsend during the long Covid months. We signed his digital gizmo for our stuff, unaware of the horror that lurked in the tray. For those of a more nervous disposition, brace yourself, or stop reading right now, because this rather benign story is about to take a harrowing turn.

It was Kay who laid eyes upon it first. Picking up what she thought was a packet of fresh noodles, she was just about to place them in our refrigerator when she gasped suddenly. “Oh no! Look!” she cried, distraught. We stood in silence as reality dawned, the sticker adorning the package confirming the awful truth.

The noodles were past their use-by date. By only one day, mind you, but ancient noodles they were, nevertheless.

I was incensed, outraged even. I grabbed the phone, dialled the customer service number, and then waited as electronic music used for torture in obscure dictatorships tormented me while on hold. Righteous indignation fuelled my angst. This was another example of a giant corporation exploiting me, palming me off with substandard items. I needed to make a stand for truth, justice and the rights of the oppressed – me. After 15 minutes of inane audial tinkling, a bored customer service person coolly informed me that a refund voucher for 68p would be issued.

My pulse gradually returned to normal and, with it, slight amazement at my overreaction. Perhaps it’s the pressure cooker of lockdown, but it certainly seems that molehills have rapidly grown into mountains during recent days. When people made a fuss about nothing, we used to say that they should get out more, but this wretched season has meant that we quite literally could not get out more. Minor issues have morphed into major obstacles; irritations usually ignored have been magnified.

We humans have a consistent gift for making much ado about nothing, regardless of the season. Churches often divide, not over major doctrinal shifts, but because we painted the toilets green, missed Doris off the flower rota or (God forbid) replaced the pews with chairs. I heard of one church where members ended up suing each other because one of their number was served a smaller piece of cake during an after-service social. The offended soul had been part of the church for decades, but had obviously learned little about maturity or grace in the process.

In Jesus’ day, pharisaic barons dogged his steps and huffed and puffed as demons fled and chronic sickness was sent packing, but the saviour did his delivering work on the Sabbath when nobody, God included, was supposed to do anything. Apparently blind to the glory of it all, even as cold corpses were raised, some played Trivial Pursuit while the kingdom came.

So let’s pray for perspective when frustration comes knocking. Let’s avoid reaction and pursue response instead.

I’m happy to report that calm has been restored to our household once again. The corporate powers have been confronted, justice has been served. And last night, keen to avoid waste, we ate the offending noodles.