Why Christians must reject calls to ban religious jokes

Comedy is a very serious business. These days, it’s rarely out of the news. We’ve just seen Kevin Hart step down from hosting the Oscars because some material he performed in the past. He refused to apologise, saying he already apologised. And then stepped down and apologised again.

Days later, came the story where the shoe was on the other foot. A comedian, Konstantin Kisin (pictured above), pulled out of a UNICEF charity fundraiser because he was asked to sign a contract. Actually, it wasn’t a contract. It was a 'behavioural agreement form'. Kirin tweeted the title of the contract alone made him want to puke. That’s a tad hyperbolic, but then again, Kirin is a comedian, and that’s what comedians do. They heighten emotions and compress reality for comic effect.

Signing the ‘contract’ provided by the Unicef on Campus group would be confirming agreement with a “no tolerance policy with regards to racism, sexism, classism, ageism, ablesim, homophobia, biphobia, transphobia, xenophobia, Islamophobia or anti-religion or anti-atheism.” Well, what’s left to joke about, some might say?

Comedy doesn’t have to be combative or transgressive. It can be playful. And some items on this list seem reasonable at first glance. But who’s to say how any joke is going to be construed? A comedian may have a joke about their grandfather. I work with Milton Jones and he has loads. And apparently loads of grandfathers. But is that ageist? A comedian might wish to talk about a conversation with a cab driver. Is that classist? The comedian might mention a domestic dispute with their spouse? Is that sexist? Or potentially homophobic? One has no idea how any material will be heard or perceived when there are so many variables at play. (I go through many of them in my book, The Sacred Art of Joking)

Let us be charitable here. Unicef on Campus are trying to raise money to help people. And they don’t want anyone to be upset in the process. They are not trying to be the bad guy. After the incident, they entirely reasonably said “Given that Unicef is a children’s charity, we wanted to make sure it was an appropriate event for the cause. We would never wish to impose that guests would have to agree to anything they do not believe in. We apologise for the misunderstanding.” Good for them. Dispute resolved, surely?

Perhaps. But this incident raises a couple of issues. The first is how comedy is hard to commoditise because it’s so anarchic and difficult to contain. Unicef on Campus wanted “to ensure an environment where joy, love and acceptance are reciprocated by all.” It sounds like they should have booked a juggler.

Comedy is, by its nature, transgressive. It puts things together that don’t belong. It highlights things that are often unsaid. It can be uncomfortable. But a skillful comedian can take you close to difficult areas, and out again, just as a brilliant chef can serve up ingredients that in some other contexts may be unpalatable, or even poisonous. Trust them. Or book a juggler. 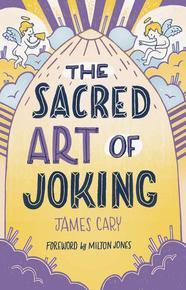 We should also note that Unicef on Campus could have invited Jesus to their event, to ‘say a few words’ and he would be unable to sign the behavioural agreement form, and not just because he is the supreme being. Read the gospels and you will find someone who was rarely in “an environment where joy, love and acceptance were reciprocated by all”. Jesus is full of love, and ate with the outcasts, but his words were often harsh, painful and embarrassing. He called people vipers, whitewashed tombs and murders. He told troubling stories, called the crowds evil and drove demons into pigs who went mad and jumped off a cliff. At that point, some people were wishing they’d booked a juggler. I’d take Jesus over a juggler any day.

James Cary is a BBC sitcom-writer and theologian. A member of the General Synod for the Church of England, he has spent a lot of his life watching jokes (some of them his own) go horribly wrong. He runs a touring theatre company, performs and co-hosts popular podcast Cooper & Cary have words. He is also the author of the forthcoming book The Sacred Art of Joking (SPCK)