What's so good about the Good News?

A book recently landed unbidden on my desk (people send me these things). I opened it at random. The section asked: ‘How Do You Know You Will Be Going to Heaven?’ It made me think: ‘Yes, that’s where a lot of people in our culture are.’

In popular culture, Christianity tends to collapse in people’s minds into keeping some moral code, saying your prayers and hoping to go to heaven. It becomes a type of good advice – if you follow this rule of life, it will probably work out well for you in the end – a prudential set of maxims that have nothing whatever to do with the idea of ‘news’.

Even for those who wouldn’t see Christianity as just doing good and hoping to go to heaven, and who know perfectly well that they are sinners who need to be saved by grace, it still tends to collapse into advice about a system of how you can be sure of going to heaven. But that has almost nothing to do with ‘news’.  News, properly understood, is the fact of something happening, as a result of which everything is different.

This is the news of what happened in Jesus’ public career. His inauguration of the kingdom of God on earth as in heaven, his death and resurrection was the launching of something that has begun and is going to be completed. We live between the beginning and the end of that.

The idea that the world is a different place as a result of what God did in and as Jesus, is something that people find really difficult to believe. We are told in popular media that nothing really changed, it’s just that Jesus was a great teacher or he showed us how to get to heaven. But in fact the answer is, ‘Actually…something has changed.’

Paul says in Colossians that the gospel ‘has been preached to every creature under heaven’ (RSV, my emphasis). That’s a ridiculous thing to say unless he means that when Jesus rose from the dead a kind of shockwave went through the cosmos (whether we see it or not), and part of Christian faith is to believe that has happened; to really believe Jesus when he says that ‘All authority in heaven and on earth has been given to me’ at the end of Matthew’s Gospel.  So the ‘news’ is about something that has happened as a result of which everything is different now, and as a result of which something will happen in the future. And we are to be good news people in between those two.

The problem today is that many sceptics reject the gospel because they hear talk of heaven and hell and hear the ‘good news’ as simply the flip side of some ‘bad news’. So, when Richard Dawkins says, ‘There’s probably no God. Now stop worrying and enjoy your life’, he has the idea that any God there might be would have to be a dangerous, bullying, malevolent tyrant.

Our Christian response shouldn’t be to affirm that we have that sort of God, and that Jesus somehow rescues us from him. It is that we actually have a God of generous, gracious love   who, of course, hates and will destroy everything that is destructive of his good, beautiful, wonderful creation. If an artist sees his painting being cut up or his statue being defaced, then it’s a major problem that has to be redressed. But this good, generous, gracious God is determined to remake the whole creation and holds out to human beings the chance to be part of this project.

Unfortunately, many devout Christians flip back to default mode. Even if they say ‘God so loved the world’, what actually comes across is ‘God so hated the world that he was about to do something and then Jesus stepped in instead’. There is a lot of sheer muddle about that.

Fortunately, God is good and we don’t have to get all our theology right before he will bless us, save us, rescue us and be gracious to us. But it certainly helps for the living and propagation of the gospel if we can get this one sorted out.

Significantly, Richard Dawkins has dismissed the story of Christ’s death and resurrection as ‘provincial’. Why would anyone be interested in a small-time preacher from a backwater of Galilee getting executed on a cross? 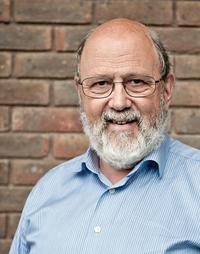 I too remember once thinking, ‘Why would God act in one place rather than another? Isn’t that unfair and strange and, yes…provincial?’ But suddenly, when I stood in Jerusalem for the first time, that made no sense at all. Instead it makes all the sense in the world to think that this is actually the place where, if God was going to be incarnate, he would come.

After all, who decides what is provincial and what isn’t? Israel is provincial if you are a Roman or a Greek, but if you are a Jew, then Galilee and Jerusalem is where it is at. And this is all part of God’s joke of humbling us all. The gentiles (Richard Dawkins included) have to realise that the Jewish messiah is the saviour of the world. The Jews have to realise that the messiah came and was crucified by the Romans to be the means of salvation, and that is hugely humbling for the Jewish people too.

So yes it is ‘provincial’, but the New Testament glories in that and says: God comes as a baby in a stable in the backwater of the Roman Empire, and that is the sort of God we are dealing with. God sneaks in from behind because he is the self-giving God. He is the humble, gentle, rescuing God, and that is how he does it.

One of the great strands of Old Testament prophecy was that there will be a real return from exile, a real return of God to his people. But what will that look like? The New Testament says it looks like this young Jewish prophet coming to Jerusalem announcing God’s kingdom, and dying and rising again. That is the Old Testament good news.

In the first century, the same Greek word in the Old Testament, euangelion, which means ‘good news’, was being used by Roman imperial decrees to make announcements. ‘Good News! Caesar has won a great victory. Good News! He is bringing justice and peace and stability to the world.’ We have it literally engraved on stone in Rome and in the provinces.

What you have in the New Testament is an Old Testament-based good news, confronting the supposedly good news of the empire of the day. When the Christians talked about the kingdom of God, of God becoming King, of Jesus having all authority given to him, of Jesus being the ‘Lord’ (Kyrios, which is another Caesar word), it was both rooted in the Old Testament and confronting the claims of the empire of the day.

The early Christians were saying: There is another king and there is a different kind of revolution which is even more powerful. We follow Jesus, so we are not going to worship Caesar. We are monotheists, so we are not going to worship the pagan gods. But we are good citizens, we pay our taxes, we are not fomenting trouble and discord. We are not praying to you, but we are praying for you, and we are seeking to model a new way of being human by following Jesus.

Today we have the same Good News to share that those first Christians did.