Two Views: Is the gift of tongues for today?

Drawing on both my personal experience and the evidence of scripture, I firmly believe the gift of tongues is for today.

I received the infilling of the Holy Spirit and the gift of tongues when I was a teenager, but I did not fully value or use this spiritual gift until (years later) I began church-planting in inner-city London. I was called upon to help people with deep personal needs and addictions, and needed faith to see the church established. But I felt spiritually bankrupt. Then the Lord challenged me through Jackie Pullinger’s story, told in her book Chasing the Dragon. She records how she found a significant breakthrough in evangelism and in helping drug addicts get free from drugs when she began to pray in tongues every day. I decided to start using the gift of tongues in my own prayers and worship. Paul says, ‘the one who speaks in tongues builds him/herself up’. I began to be built up, and soon found other spiritual gifts flowing.

Paul gives helpful directions about the use of tongues in church life in chapters 12-14 of 1 Corinthians. Following these guidelines, we tend to use tongues more often in the prayer meeting than in public worship. As most people who give a prophetic message are able to speak it in English, that is what we usually do! We do sometimes sing in tongues in our public worship as this is a beautiful way to sing united together in the Spirit, without the need for an overhead projector or words on a screen. But in our prayer meetings, tongues are used to help us to pray with the mind of the Spirit.

Romans 12 and 1 Corinthians 12 both have lists of spiritual gifts given for the church age. Tongues are part of the prophetic gift, although prophecy in the Church is usually given in a language others can understand. Tongues on the other hand are spiritual or earthly languages that the speaker has not learned. Ancient Jewish writers believed that angels speak different languages (see 1 Corinthians 13:1), but there are also many instances of people speaking in a human language they have not learned (see Acts 2:8).

So why do people reject such gifts, especially tongues? Sometimes they believe that tongues were a gift given by the Spirit at the birth of the Church, but not intended to be used beyond the apostolic times. They sometimes argue that, as revelation from God, prophecies and tongues should be treated on a par with scripture, and since the canon is closed, they cannot function any longer. But that can’t be true, otherwise Paul would have recorded every prophecy and tongue uttered by the Corinthians. 1 Corinthians 13:8 is often cited ‘if there are tongues, they will cease’ (NASB). However, the context of these verses seems plainly to refer to the return of our Lord Jesus Christ. We will have no need to use tongues, prophecy or words of knowledge when we see Jesus face to face, for then we shall ‘know fully, just as we have been fully known’ (see 1 Corinthians 13:12). That day hasn’t come yet, so meanwhile let us earnestly desire spiritual gifts (1 Corinthians 14:1) in order to build up the Church and ourselves. And let us keep love at the heart of all our spiritual exercises. 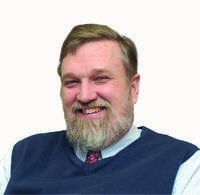 I am a cessationist. I believe that the gift of tongues (and other miraculous sign gifts) ceased with the closure of scripture. It was a source of direct revelation and prophecy from God that helped to form the New Testament, and the need for the gift ceased once God’s revelation in scripture was complete.

But first, let me take a moment to explain what I am not maintaining. I am not maintaining that God is somehow restricted in his ability to work wonders ? just that he does not invest or delegate that authority to particular individuals today. Neither am I ceding authority to materialistic atheists to define what the universe is like. For example, many of us have had uncanny things happen to us that could have no materialistic explanation, and yet they undeniably happened. Every Christian should leave plenty of room for answered prayer and the Spirit’s work.

"Tongues' is an emotional release, manifested through a series of jumbled syllables"

That said, I take the gift of tongues (together with interpretation) to be the equivalent of prophecy. In other words, I don’t believe that with the gift of tongues God gives someone the mere ability to speak in a particular language, with the content of what they say being entirely up to them. No, singing or speaking in the Spirit means that the utterance itself is from God and, with a true interpretation accompanying it, it therefore equals prophecy. But this makes these words inspired words from God.

So why don’t we treat them like that, adding them to our Bibles? I don’t see how ongoing revelation can be open and the canon closed. Some point to prophesy that didn’t make it into the canon of scripture (eg Philip’s daughters), but I would reply that God can give words that he doesn’t include in the Bible ? they are, after all, his words. However, if we did have a written record of that kind of prophecy, I would have to treat it as being as inspired as Holy Scripture.

I don’t see how a particular orthodox Christian with the authority to work miracles shouldn’t be considered as having apostolic authority. This is the seal that Paul himself described (2 Corinthians 12:12). But apostles have the authority to write scripture. In short, the issue isn’t this gift or that one. My concern is the integrity of scripture.

This being the case, a natural question arises about what is happening when my charismatic brothers experience what they think is ‘speaking in tongues’. If it is not the first-century gift, then what is it? Unfortunately, some have rushed to say that it must be demonic which, when we are talking about brothers and sisters who love Jesus, is simply slanderous and uncharitable. But, having acknowledged that, I am aware that any proposed alternative I suggest might seem uncharitable as well, and I can only insist that this is certainly not my intention. My own view is that what they are experiencing is an emotional, cathartic release of an intense personal nature, manifested by and through a series of jumbled syllables. Those syllables usually have a preponderance of one particular vowel sound, unlike the dialects that people use to communicate. In itself, I don’t think the practice is harmful ? the harm comes, as I have noted, if such things become invested with the authority of God’s word.

Doug Wilson is the pastor of Christ Church in Moscow, Idaho, USA