The Path to Elysium

What kind of world will our descendants inherit from us? It’s an increasingly pressing question in an age of inconvenient truths: the melting of the ice caps, fossil fuel decline, and the unsustainability of modern capitalism. There is a growing sense ? not just among environmentalists but in the public consciousness ? that we’re storing up problems for coming generations. The future is not all that bright.

These concerns have been reflected across popular culture for a while now, but this summer has seen an unprecedented spate of Hollywood releases that pose the same devastating question: have we already travelled too far on the road to earth’s destruction? First, Tom Cruise’s Oblivion saw the human race exiled to one of Saturn’s moons after a war over the planet’s remaining resources. Then After Earth sent Will Smith and son Jaden a millennium into the future, to an earth abandoned after a string of natural disasters. Now Matt Damon’s grittier Elysium brings up the hat-trick of similarly plotted movies, putting a more politically charged spin on the planet’s fragile future.

The film is director Neill Blomkamp’s follow-up to 2009’s District 9 ? a modestly budgeted South African sci-fi that used refugee aliens as a metaphor for apartheid. Armed with over three times the funds, Blomkamp has moved into more ambitious visual territory with Elysium, using a sizeable chunk of the effects budget on the eponymous giant space station. Elysium itself is a haven for earth’s wealthiest people: a gigantic floating gated community hovering above a world ruined by environmental decay. While the rich have escaped and continue to live in isolationist opulence, the poor must live out their days on the ravaged planet below. The devastating inequality is plain to see; the wealth divide has become a physical chasm. Rather than addressing earth’s problems, the elite have simply run away from them.

Matt Damon’s Max is born on the unfortunate side of that divide but, like everyone else, aspires to cross it. Raised in a Catholic orphanage, he is told as a child that he is destined to do something great, and so it transpires as he ? somewhat unwittingly ? sets off on a quest to liberate the rest of humanity. It’s not anywhere near as subtle as District 9 (the film might as well have been titled ‘Universal Healthcare: A Tract’), but it still packs quite a punch in offering a stark vision of what might happen if our present reality is taken to its logical extreme.

Popular film critic Mark Kermode has long argued that the best sci-fi ‘isn’t really about the giant robots hitting each other’, but about something else. The genre has always been fertile territory for allegory, from the monster movies of the 1950s that replaced nuclear weapons or communism with a giant destructive lizard, to Avatar’s mirroring of American corporate activity in post-war Iraq. Blomkamp clearly subscribes to this approach, seeking to provoke his audience to change ? think Al Gore with big guns and much better special effects.

So what does Blomkamp want us to consider? One of the key themes is inequality, and while the film lacks subtlety, perhaps compassion fatigue prevents us from noticing injustice when it is made any less obvious. The Bible is clear that in God’s eyes,humankind has no hierarchy based on race or nobility of birth (Galatians 3:28). Jesus commands his followers to wash one another’s feet, and become ‘the very last, and the servant of all’ (Mark 9:35). As Christians, injustice based on inequality should be a big deal to us, yet we sometimes struggle to see it even when it’s right in front of us. The director’s major target ? healthcare inequality in the US ? is a pertinent example; so many American Christians maintain vocal opposition to President Obama’s health reforms because, to reduce the debate rather crudely, they could have a long-term effect on tax levels.

It’s a similar story with one of the film’s other major ideas ? that earth is heading quickly towards environmental disaster. Here, Blomkamp could actually be pointing the finger directly at those on the American ‘Christian Right’ who claim we should not worry about caring for this temporary planet when we’re destined for an eternal paradise. The citizens of Elysium construct that paradise for themselves in the present, complete with health ‘pods’ offering a daily dose of body regeneration that means no one ever ages.

This could be the ultimate extension of the American Dream, especially as the US begins to follow Britain’s move towards post-Christendom, but it is surely not a correct application of scripture. The Bible speaks of humanity being the stewards and caretakers of the earth (Genesis 1:26?28), and while Revelation speaks of a new heaven and a new earth (Revelation 21), theologians such as Tom Wright argue that part of our role is to help bring about that restoration and renewal in the present age. We shouldn’t run away from the problem, but be part of the answer.

Elysium will make most viewers think; even those who initially roll their eyes at the less-than-nuanced delivery (and Jodie Foster’s careerblighting performance as the space station’s villainous defence secretary). Christians, however, have morereason than anyone to be moved to action by it; not only does the film’s redemptive vision agree with a biblical worldview, it also points out the hypocrisy in the way that we Western Christians can sometimes live and act.

The citizens of Elysium construct paradise for themselves

More positively, the very existence of the film, and the growing number like it, underlines our culture’s continuing fear of the future. We are not convinced, by and large, that things will continue to get better for humanity; we hold a nagging collective suspicion that we’re on the road to ruin. Such a culture will always need hope, and a true redemption story about a God who sees all people as equal, and who has the power to restore even the most wayward existence.

Elysium offers an artificial paradise to those who can afford it; the good news ? which we should never tire of telling people ? is that God offers heaven to everyone, and it’s for real.

FEAR OF THE FUTURE

Modern culture seems to be obsessed with the apocalyptic shape of things to come. Here are just a handful of examples:

As so often happens, two Hollywood blockbusters with bizarrely similar plots landed at the same time earlier this year. Take your pick on who revisits an earth abandoned by humankind ? Tom Cruise or Will Smith?

Cormac McCarthy’s magnificent novel is a far cry from his usual territory (he also penned No Country for Old Men), as it features a man and his son walking across an America burned by an unnamed catastrophe.

THE LAST OF US

The biggest PlayStation 3 game of the year puts players in the shoes of a man and his young son, apparently the last humans alive. But they’re not really alone… 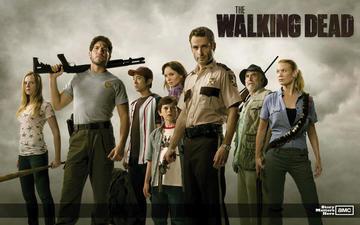