The Met Gala's Catholic theme wasn't as offensive as you think

The unlikely worlds of fashion and Catholic identity collided this week.

Unsurprisingly, all this has caused quite a stir. The ‘Heavenly Bodies’ theme has been described by some as blasphemous, distasteful and offensive.

Piers Morgan has said the theme, was "disrespectful" and argued the Met Gala wouldn't have dared run a similar event focusing on other religions.  Is Piers right? Did the event help promote Christian values or was it an offensive trivialisation of Christian culture? Would it still be regarded suitable if the clothing reflected Buddhist or Islamic culture instead? 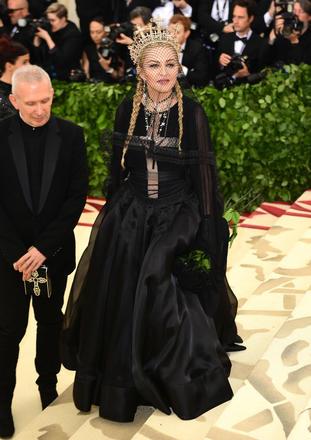 It's worth taking a step back from this controversy and noting how the media attention which Christianity receives is often negative. It tends to revolve around debates over human sexuality, refugees and politics. More positive coverage does happen, but it's rare. So some might argue this beautiful display of Christian imagery (even if delivered by those who wouldn't call themselves Christians) should be celebrated. But before we jump to the conclusion that all of the celebrities involved were solely interested in fashion and not in religion, we should take a closer look at the guest list.

The pop star Selena Gomez, who was raised a Catholic but has recently spoken of believing in "faith and a relationship with God", rather than "religion", was just one of a number of Christians in attendance. In an interview with Vogue on the Met Gala red carpet she commented on how her outfit was designed to reflect the biblical character of Esther and her strength:

During the above interview, Gomez made references to prayer, blessings and Jesus. It is clear that the religious influence on her clothing was a personal choice, rather than to tick a box for the event.

Letitia Wright was also in attendance. The actress has often been outspoken about her Christian faith and has risen to fame in recent months after her appearances in Black Panther. She wore a dress designed to encapsulate Christianity in Ethiopia, with material likenesses to those of Ethiopian pastors.

While this event wasn't a religious experience for all of the attendees, it's pretty hard to be "offended" by Selena Gomez telling Vogue "I'm pretty sure my relationship is in check with Jesus".

Christianity and Catholicism are thoroughly intertwined with Western society and culture. Artistic representations of biblical and historical characters and events have been sculpted, painted and created by many Western artists for centuries. This style of art is ingrained within our societies. The Met Gala is not implementing a theme that involves some random and remote religion. Instead, it is asking for creative representations and reconstructions of people, art and places that have shaped Western society through the framework of Christianity.

Of course, many of the Gala’s participants did not respect, nor appreciate, the Christian-inspired fashion. However, for some – including Selena Gomez and Letitia Wright – this theme would have been incredibly meaningful.

It's clear that religion can still have a powerful impact on secular society - even in the fashion industry. The world might sometimes appear to think that Christianity is dying and the study of theology, Christianity and the Bible is meaningless. But the Met Gala event proves our increasingly secular culture is still interested in the religion which underpins so much of our culture today.

Will Moore is a Religious and Theological Studies student at Cardiff University. He blogs at mooretalks.wordpress.com and tweets at @willmoorewill