Rob Parsons: The Power of Imagination

Perhaps one reason we find it so hard to pray is because we cannot imagine. That’s not hard to understand ? our very survival depends on us taking reality seriously. And yet a lack of the ability, or even the courage, to imagine, ties us to the belief that life can never be different to how it is today.

In 1798, Robert Thomas Malthus, the expert on population growth, was asked to report on the implications of everyone in London having access to their own form of personal transportation. He thought the prospect ridiculous: ‘The streets of the metropolis would be 14ft deep in manure.’ A form of transport other than the horse was unimaginable for the great mathematician.

Lack of imagination is sometimes not only foolish, but positively dangerous. When the findings of the 9/11 Commission into the attacks in the US were published, chair Thomas Kean commented that history would show that the greatest failure of the US intelligence services was not in policy, resources or management, but ‘one of imagination’. The report concluded that the security services had operated within the boundaries of the ‘known realm’ and, as a result, failed to anticipate the methods used by al-Qaeda. The strongest recommendation of the report was that it was crucial ‘to find ways of routinizing, even bureaucratizing, the exercise of the imagination.’ 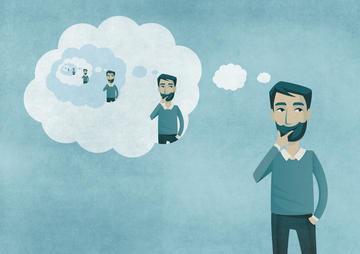 Imagination can open our minds to real possibilities – and therefore to solutions. Perhaps we should take a leaf from the 9/11 report and ‘routinise’ imagining – build it in to our church discussions, our strategy forums, and even our prayer life. The Apostle Paul seems to give us permission to do that when he urges us that God ‘is able to do immeasurably more than all we ask or imagine’ (Ephesians 3:20). He almost seems to be saying, ‘Go on! Close your eyes and imagine it were so.’

Many years ago when I was a solicitor, two men came to see me. They had a vision to build a Christian centre that would serve the surrounding community. The only problem was that the piece of land they wanted to build it on was extremely valuable and in the sights of some of the biggest house-builders in the country. They said, ‘We don’t have any money, but we believe this land will be ours, and we want you to put in an offer for it.’ I asked how much they wanted me to offer. They said, ‘We’ve been reading Revelation and have come across the figure of 144,000. Please offer that.’

I sighed inwardly at their naivety and warned them it would be impossible to buy the land for such a small sum. I also thought it my bounden duty to warn them against talking as though this was a done deal – imagining the land was already theirs. They politely thanked me for that wise advice – and a year later bought the land for £144,000. Their centre stands on that piece of land today, still blessing thousands of people. I believe it is a testimony to the power not just of faith, but of imagination.

The author Henry Miller would have understood those two men who by faith could imagine their dream. He said, ‘Imagination is the voice of daring. If there iws anything Godlike about God it is that He dared to imagine everything.’

Perhaps we shouldn’t write off imagination too quickly, as though its only place is in the minds of children. Perhaps there’s a kind of imagination that takes vision, faith – even courage.

And perhaps it’s time I gazed into that coal fire again.