Rob Parsons: Tell them you love them

His death was both sudden and unexpected: he was not old, nor, to our knowledge, ill. I bent over in a corner of Baggage Reclaim and cried helplessly.

Bob was a builder. Yes, I know what you’re thinking ? and he enjoyed the joke as well. And there were other smiles with Bob: when you showed him a job you wanted done, he would always go through the same routine. He’d look around the room, stare up at the ceiling, examine the walls, go outside, look at the roof and then purse his lips, suck in a breath of air and say, ‘Who did this work for you? It’s terrible!’ I would reply, ‘You did, Bob.’ And he would blush, shrug his shoulders and say, ‘Ah, well, it was a long time ago…’

Four of us used to play snooker together. The most you can score in a snooker match is 147 ? only achieved by potting all the reds and every colour in the right order. On the wall of the snooker room was a chalkboard where we kept a record of the highest score ever achieved among us. That figure had not changed for almost five years: ‘35’. When I returned from South Africa, I went back to the room where we used to play and noticed that after our last game, Bob had sneaked back and written: ‘Bob ? 146’. Was he just too humble to claim a perfect score? We’ll never know, but we’ve decided that Bob’s joke will never be erased. 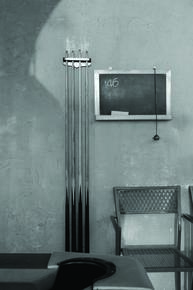 I can honestly tell you that I have never felt grief like this. And although I cry a lot, I almost feel as if I should be crying more. More often, I find myself shaking my head in disbelief. Sometimes I can almost hear his voice; I half expect him to saunter into the room and say, ‘You are doomed tonight! I’ve brought my new snooker cue with me.’ The other day I actually pinched myself to be sure that this was not some dreadful nightmare from which I could mercifully wake.

In CS Lewis’ A Grief Observed, Lewis deals with the fact that grief often comes in waves ? and keeps coming. He puts it like this: ‘…in grief nothing “stays put”. One keeps on emerging from a phase, but it always recurs…Will it be for always? How often will the vast emptiness astonish me like a complete novelty and make me say, “I never realized my loss until this moment?...” They say the coward dies many times; so does the beloved.’

But there is at least this consolation: there are no regrets. I may not be able to say that about every friend who might die suddenly, but I can say it about Bob. Did we ever hurt each other? Yes ? but like a grouchy old couple we eventually made up. Did we take time to simply laugh together? Yes ? I have a hundred memories of silliness. But perhaps above all, we told each other now and then how much our friendship mattered.

The other day I spoke to 500 men at a conference. I told them about Bob and I urged them to tell their friends that they were appreciated and valued ? loved, even. As the words came out of my mouth, I realised that it was an unusual thing to say to a bunch of blokes. But perhaps not so very strange: after all, God not only loves us, but communicates that to us. Jesus told his followers that they were ‘friends’ and took time on the very last night of his life to remind them how much he had loved them.

I know you may not be the emotional kind, but trust me on this. Even if it means you have to move way out of your comfort zone, you will not regret that you not only felt love for someone ? but that you told them so.

Just don’t leave it too late.