Rick and Kay Warren 'over-whelmed with comfort' after son's suicide 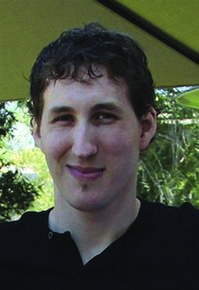 Pastor Rick Warren has thanked everyone who prayed for his family after his 27-year-old son took his own life on 5th April.

Matthew, who died from a self-inflicted gunshot wound, had struggled with mental illness since birth, said Warren, who is the lead pastor at Saddleback Church in California.

An extract from the newsletter written by Warren, his wife, Kay, and their family, reads, ‘We felt your love and we received strength from your prayers during the most painful week of our 40 years of public ministry for Christ.

‘Because you prayed for us, we were overwhelmed with the Holy Spirit’s comfort, were able to share the Gospel of Hope in Jesus with many unbelievers around the world, and God was glorified through our personal tragedy.’

The Warrens have also announced that they and their church have launched a petition to highlight mental health issues, and plan a foundation in memory of their son. Warren wrote, ‘Join Kay and I, and the Saddleback Family, in our effort to urge educators, lawmakers, healthcare professionals, and church congregations to raise the awareness and lower the stigma of mental illness…and support the families that deal with mental illness on a daily basis.

‘Matthew was just one of about 11.4 million American adults that suffered from severe mental illness in the past year. In fact, one in five Americans experiences some sort of mental illness.’

Read more: A Son's Suicide - Why we need to PRAY for Rick Warren http://bit.ly/16ENfLG