POSTCARDS FROM THE MIDDLE EAST

What does ‘the Middle East’ conjure up in your mind? Conflict? Streets reduced to rubble? Oases for exotic, migrating birds?

No, I wasn’t anticipating that last one, either. Just as God constantly challenged the assumptions and shifted the expectations of Chris and Susanna Naylor and their children as they served him in Kuwait and Lebanon, so their story challenged and shifted mine.

Beginning as the tale of a couple of teachers working out how to live well in a foreign culture, the narrative then changes direction when it becomes clear why the endorsements of this missionary autobiography were mainly from botanists, birdwatchers and scientists.

When the author was invited to visit the Aamiq wetland, his life, and reason for living in the country, changed for good. Over the next dozen years, Chris began to work with Christian environment charity A Rocha, and was instrumental in the work of protecting the wetland and teaching many of the local people to cherish it for its own sake, not merely as a source of game.

Chris is clearly a man with passion and drive, and I felt the book was more the story of his work than the subtitle’s promised tale of how his family ‘fell in love with the Arab world’ – for instance, he never mentions the birth of his first two children; they suddenly appear in the narrative as toddlers, and although Susanna’s experiences are touched on occasionally, I’d have liked to hear more of her struggles and successes.

Chris is a wonderful storyteller, though, and gives life and character to places that can so often be simply names on the news. Beautifully written, and rich in detail, anecdote and local colour, Postcards from the Middle East was a very enjoyable, if unexpected, read. JP

THE LIFE YOU NEVER EXPECTED

When you are the parent of a child with special needs it’s therapeutic to be able to talk about your child’s refusal to eat anything but toast and to voice your fear of not being able to find the right episode of Peppa Pig this second.

Andrew and Rachel Wilson are those friends who not only say, ‘that’s hard’, but who also say, ‘we know, we’ve been there, we’re still here’. With honesty, humour and wisdom they lead the reader through the emotional, practical and spiritual issues that are unique to parents of children with special needs.

This is by no means a gloomy book, nor is it a book where the writers are moany or dramatic about their struggles. But it’s not pretend-cheery either. I appreciated the encouragement that to engage in lament is a spiritual and healing process.

I would love church families to read this and give a copy to parents of children with special needs as a message of support and love. And, if they give it along with a bottle of wine, all the better. AB

THE LOST WORLD OF ADAM AND EVE

Have we been completely misreading the early chapters of Genesis? In this important book, John Walton argues that we have been approaching the text with the wrong questions.

Walton, professor of Old Testament at Wheaton College, USA, is arguably the leading evangelical expert on the cultural background to the Old Testament. His years of research into the ancient Near East lead him to conclude that the central issue in creation accounts was not the origin of matter, but the origin of order. He says that the Hebrew words usually translated ‘create’ and ‘make’ have wider ranges of meaning, and that Bible translations have imposed the wrong framework of thinking on the text.

Walton starts with the simple, but often overlooked, fact that Genesis is an ancient document. The point is that to understand it properly, we must first see it from the perspective of the original audience, which requires us to understand as much as possible of their worldview.

While Walton argues that Genesis says nothing about the age of the earth, he does insist that Adam and Eve are historical figures, and that the Fall is a historic event which resulted in us being subject to sin and death.

This is a serious theological book, written primarily for pastors and others with some background in academic study of the Old Testament, but Walton is an excellent communicator so it’s reasonably accessible to non-specialists. Walton may not have got everything right, but this book makes an important contribution to the debate on how Genesis is best understood. TW

As an Anglican who was raised a Catholic, I thought I was prepared for the different theology I’d encounter in a book by Pope Francis. But in reality, I found the Pope’s take on the sacraments, Mary and the hierarchy of the Church striking and sometimes jarring.

Although the book is hard going at times, I appreciated the Pope’s emphasis on prayer, the indwelling of the Holy Spirit, the need for repentance and humility, and especially the examination of the Beatitudes. He also highlights the often forgotten fear of the Lord.

In his exploration of using communication to foster an ‘authentic culture of encounter’, the Pope speaks about how the Internet allows the Christian message to reach to the ends of the earth, and how we can use social networks to show love and tenderness.

I found the last section, aimed at priests and bishops, the least engaging. The editors could have left it out. ABP

WHO ARE WE TO JUDGE?

Dyer admits that for many years, his own judgements have been anything but gentle against the Church and the behaviour and beliefs of fellow Christians. How did we get to this state where judgementalism is so common? How do we avoid it?

Dyer approaches these questions by first analysing why we feel we must judge others. He then goes on to examine Jesus’ teaching and concludes by saying we need discernment and an informed and generous attitude, rather than hasty judgements.

The book is well structured and logical in its approach, and while Dyer is dealing with a complex topic, his writing is not academic or dry. Thanks to Dyer’s approachable and frequently humorous style, this book could be read by an older teenager or adult, providing they are willing to have their presuppositions and prejudices challenged. It could also be used profitably as a study book for a home group. RC

AS FAMILY WE GO

You can tell a lot about a Rend Collective album from the opening few seconds. The distorted, poppy riff of ‘Celebrate’ that kicks off As Family We Go sounds the Bob Dylan alarm bells: Rend have gone electric!

But the headline on the latest Rend album is this: they remain brilliant. The aforementioned ‘Celebrate’ and ‘The Artist’ are filled with an electricity and an urgency that Rend have only previously reached on Homemade Worship by Handmade People’s ‘Praise Like Fireworks’.

The lead single ‘You Will Never Run’ is a radio hit and will undoubtedly be sung at festivals for the next 12 months. ‘Joy of the Lord’ is a subtly sweet song, which gets better with every listen; and ‘Your Royal Blood’ is the kind of mature, soul-inflected song that Rend couldn’t have written four years ago.

Despite those opening few seconds, As Family We Go remains evolution not revolution for Rend, and given their position as the UK’s most beloved Christian folksters, who is going to argue with that? JC 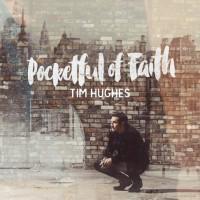 Tim Hughes’ change of career from London-based Worship Central front man to church-planting vicar in Birmingham has inspired an album that often feels like a journal.

Hughes is realistic about life’s difficulties from the opening line, ‘When darkness deepens, the path unsure’, and uncompromising in the responses of faith, ‘I’m giving it all’ and ‘Your power broke through in every battle’.

The twin themes of faith and obedience that weave throughout the songs are both personal and pertinent. Using a template that has worked since Holding Nothing Back, soft-rock anthems like ‘Only the Brave’ and the soaring ‘Set Apart’ mix with piano ballads such as ‘Hallelujah,’ and the slow-builder ‘Hope & Glory’.

With several very singable tracks, half of these songs might easily find their way into our churches during the next year. There are plenty of songs of total commitment here. But am I the only one who finds it so hard to sing, ‘I’m giving it all’? How many of us honestly ever do? DW

JENNIE POLLOCK is a freelance writer and editor who lives in London and works wherever there’s an Internet connection and a good cup of tea • ALICE BUCKLEY lives in Lancashire and is the author of Play Through the Bible (The Good Book Company) • TONY WATKINS is a speaker and writer on media, culture, science and the Old Testament • TONY HORSFALL is a freelance retreat leader and writer based in Yorkshire • AMY BOUCHER PYE is the author of Finding Myself in Britain: Our Search for Faith, Home & True Identity (Authentic) • ROGER COODE is a retired modern language teacher • JAMIE CUTTERIDGE is editor of Premier Youthwork and Premier Childrenswork magazines • DEREK WALKER is an Anglican lay minister, kitchen designer and writer

LIGHT UP THE SKY

Well, who doesn’t love the pyrotechnic treat of fireworks? Dogs, obviously. All animals, in fact. Small frightened children. Their parents. The elderly. Most people, it turns out, except for newsagents who can hang those ‘Fireworks sold here’ banners over the front of their shops for a fortnight a year.

There is something odd that happens in a crowd. We all feel the peer pressure to make those coo-ing noises over what’s happening above us. At least we would, if our mouths weren’t super-glued shut with treacle toffee, the stickiest substance known to humanity. They make submarines out of it, you know.

An inevitable choice, included for its title and its upbeat nature, reflecting that joyous night of the year where we get our children together and head to some wasteland in order to burn an effigy of a foiled terrorist. Who says families never spend quality time together anymore?

Dave Rose is head of programming at Premier Christian Radio