Scars Across Humanity is a well-written and thoughtful investigation of violence against women. It is not an easy read. Horrendous personal accounts of hideous violence rend the heart, while statistics and cultural background inform the reader.

There’s also a welcome critique of weak evolutionary psychological explanations for the phenomena. Storkey is a feminist evangelical Christian academic, and her treatment of the religious aspects of the issue is sensitive and insightful. The book is wide-ranging, thorough and gruelling, giving a panorama of the very worst that human beings inflict on one another.

So the book is a winner, but the worldview in which it sits needs a closer examination. Why is violence against women separated from violence against men? Why not a book on just ‘understanding and overcoming violence’? If there are good reasons for this separation, they’re not discussed in the book. There is only a small reference to the fact that men suffer  domestic violence too.

Granted, certain types of violence are more frequent towards women: gender-selective abortion, honour killings and domestic attacks, for example, and these are highlighted by Storkey. Women suffer more under unfair legal and societal oppression, and this is linked to abuse and assault. But men are aborted, raped, killed and abused too. Overall, worldwide, men are actually more likely to be victims of violence than women. Why, then, should such crimes be separated out on the basis of gender?

That said, this book highlights the grotesque abuse of women in an intelligent and moving way, and more awareness of and prayer against such atrocities is certainly needed. No doubt this book contributes to that end. The style is accessible enough for a popular audience, but has enough meat for a more learned reader. For those who share Storkey’s political worldview, it’s a triumph. For others, the book informs and provokes reflection at the very least. HT

FINDING MYSELF IN BRITAIN

This is a humorous and honest read about the ups and downs of living in a foreign country. Amy Boucher Pye moved from Washington DC to the UK after marrying a Church of England vicar. What happened next is detailed in this book.

The engaging mixture of autobiography and cultural commentary made for a book I struggled to put down. The author has observed plenty of peculiarities within British culture, and she writes about them with a healthy mixture of bemusement (‘Britons call a sweater vest a tank top? I had no idea.’) and respect (she describes the NHS as an ‘imperfect treasure’).

As well as helping us to laugh at ourselves, this book will make Brits appreciate things we’re in danger of taking for granted.

Her entertaining stories about getting to grips with England’s plumbing, weather and social quirks provide laugh out loud moments, but there’s a seriousness too.

As more overtly spiritual reflections are weaved in throughout, the reader is helped to consider where God might be at work within their own story.

Amy’s optimistic outlook makes Finding Myself in Britain an uplifting, enjoyable and (to use a distinctly British word) jolly read. SH

QUESTIONS ARE THE ANSWER

David Hayward’s intellectual and inconclusive quest after the Holy Spirit and his leading underpins Questions are the Answer.

In the book Hayward takes us through his long search for truth. The author’s questions are left unanswered by his pastor and books he reads at theological college cause him to mistrust scripture. Hayward’s desire for a genuine spiritual experience leads him to look outside of scripture, to the likes of Krishnamurti, for answers. The resulting confusion brings about the gradual disintegration of his ministerial career and his eventual departure from the Church.

The book is peppered with cartoons reflecting the author’s desire to question those in the Church who claim to have the answers, and those who disapprove of asking uncomfortable questions.

Hayward argues that Christians go to church with the expectation of being given answers rather than further questions. The author is extremely honest in admitting he did not have the answers that his congregation expected. However, this book seems at times a little self-indulgent in that the conclusions it draws about God and the Church are based solely on the author’s experience.

While this is an engaging book, it also has the capacity to be misleading as Hayward concludes that faith, for him, is best lived out outside of the Church. This is not what the Bible says. CI

Taylor divides her subject of ‘Christians on the telly’ into the Good, the Bad and the Quirky – and draws some astute conclusions about the portrayal of The Vicar of Dibley, Father Ted and the like.

The author observes that there are very few ‘ordinary’ Christians on TV, the most well-known seemingly being Dot Cotton from EastEnders. ‘The quiet faith lived by the ordinary Christian is not the stuff of television drama or comedy: it’s not that interesting’, is Taylor’s rather depressing conclusion.

Her analysis of fictional characters broadens out into an examination of humour more generally. This strays from the original premise, as the reader is drawn into a discussion around atheist stand-up comedy. The opportunity to widen the context to other representations of Christians on mainstream television was sadly missed. Overall, the commentary on Christian characters was both original and enjoyable, but there was quite a bit of padding in the volume as a whole. Taylor’s topic is perhaps more suited to a magazine article than an entire book. CN

CUTTING TO THE HEART

This book will help you read the Bible and understand the great narrative of God’s plan of redemption.It also helps preachers think about how best to communicate the truths of scripture.

There are real gems of insight throughout. ‘The purpose of preaching is to bring God glory by helping people be more like Jesus’ and ‘A text without a context is a con’, says Green.

The author’s passion for the truth of the Bible is the book’s greatest strength, although it does become tiresome to have long passages of scripture quoted in order to make a point.

Green urges us to think hard, not just about the passage of scripture, but about the audience. What difference does the text makes to normal life?

Whether you are a preacher, teacher or someone who wants to understand and communicate the truths of scripture in a more meaningful way – this book could be for you. MLS

Soul Survivor’s latest album was recorded live at Shepton Mallet in August 2015 and features Beth Croft, Tom Smith, Tim Hughes and Rend Collective. This energetic record more than delivers what such names promise. From the first beat, it sets itself apart from other live recordings by turning a worship session into a lively and unanticipated rave, and there’s a heavy focus on electronic and dance throughout. Most of the tracks are built on synths, layered with strong melodies, powerful instrumentals and stirring lyrics.

Opening tracks ‘Love Takes Over’ and ‘Dynamite’ dramatically build into explosive choruses. ‘The Way’ is a standout number that evokes true celebration in following a powerful saviour. There are also more reflective pieces such as Tim Hughes’ ‘Hope and Glory’ and ‘Pocketful of Faith’, as well as Rend Collective’s ‘Boldly I Approach’.

Even if you aren’t inclined towards dance music, the atmosphere contained in each track will resonate. This is an infectious, anointed and unfaultable album. NW 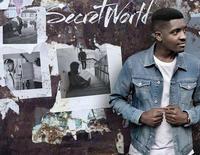 Secret World’s opening track ‘Home’ gives us an immediate flavour of grime, and it’s this genre which permeates the rest of Guvna B’s sixth studio record.

The quick and punchy rapping on this record showcases Guvna at his very best. Standout track ‘Weatherman’ is light-hearted and the build to the chorus features the sweet vocal of Vicky Tola. The rapper’s much-loved 2008 hit ‘Kingdom Skank’, has been reworked and makes an appearance in ‘Buss It (feat. Beleaf)’. Another highlight is ‘Nothing But the Blood’ – a soul-stirring track and a wonderfully creative blend of the old and the new. Matt Redman makes an appearance on track 13 as the two collaborate on ‘Let My People Go’, a dance track that proclaims a strong message about modern-day slavery.

Secret World fulfilled my expectations. It features slick production and well-engineered rhythms that deliver stomach-punching depth. The ingenious samples go far beyond the usual keyboard synth sounds found in most hip hop. This album is a game-changer for Guvna B. KW

THE BOOK THAT CHANGED MY LIFE

THE COST OF DISCIPLESHIP

Without a doubt, the book that has most changed my life is Dietrich Bonhoeffer’s Cost of Discipleship. It is incredible. I first read it at Bible college and then read it again three years ago. It was written in the context of what Bonhoeffer was facing around the time of the Nazis.

Bonhoeffer writes about cheap grace – how we can make the gospel what people want to hear so that we get a bigger response – and how we must fight against that. As an evangelist, I can sometimes feel the temptation to give a softer message to get more people responding, but actually we need to be true to the message that belongs to God. You can change the style, but don’t change the substance. Bonhoeffer’s Cost of Discipleship changed my life and it’s the only book that I keep coming back to every few years. You have to keep going back to it as it helps you stay sharp.