Last time they were silent, and now they are swimming against the tide. Well, not quite ? but the latest offering from California-based worship collective Bethel music contemplates changing tides and the faithfulness of God: tides ebb and flow, but his love and saving grace remains.

Bethel is such a big name in contemporary Christian music that it’s hard to believe this is their first full-length studio record. Tides is an album of contrasts. From 80s electropop sounds in ‘Chasing You’ and ‘Come Awaken Love’, to rousing ballads declaring the power of the cross in ‘Forever’ and ‘For the Cross’, each track leads the listener in a different direction. The shift can sometimes feel slightly jarring, but each track more than deserves its place.With a talented group of musicians, including Brian and Jenn Johnson and Jeremy Riddle, Tides was always going to be a slick, well-produced collection of songs. Steffany Frizzell Gretzinger stands out with her stunning vocals on ‘Letting Go’, an honest song that speaks of falling into God when we’re feeling weak. Theologically sound and beautifully sung, these songs will certainly enrich personal worship times. RG 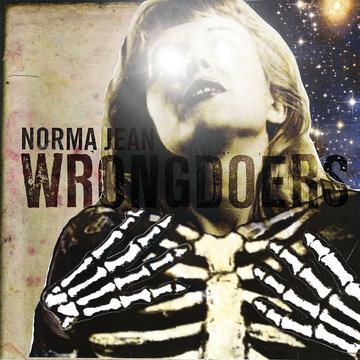 Today’s Christian hard music aficionados seem more often to be looking for the authentically hardcore ? unsimulated anguish and anger to prove the band isn’t faking their way into a musical scene just to hand out lyrical tracts. Norma Jean has always excelled at the latter, and their latest album is no exception.

Wrongdoers delivers the disjointed slabs of technically complex musical aggression we’ve come to expect, shifting gears gleefully between chugging riffs and bursts of explosive jazz. The sometimes screamed, sometimes shouted lyrics are bleaker here than on previous albums, but still eschew the nihilism (and, it may please some, the vulgarity) of secular contemporaries, evidence of a soul struggling with itself. One day we will look back on them as pioneers. In the meantime, you can buy Wrongdoers for your moody, heavy music loving nephew or niece this Christmas. JL

Christmas cheer without the clichés

All the King’s Horns

Banjo, gentle vocal harmonies and a simple, worshipful telling of the nativity from the king of the hipsters, who has (to date)released 100 Christmas songs.

I Pray on Christmas

Go Tell it on the Mountain

Proper rootsy gospel with a soul twist, this Christmas worship song features an ad-libbed Pentecostal Lord’s Prayer. Stand up, clap your hands and praise the Lord!

A Hymn of the Nativity

In Terra Pax ? A Christmas Anthology