The Art of Celebration

There’s a track near the end of Rend Collective’s third album, The Art of Celebration, called ‘Simplicity’, which neatly sums up the whole album. This is 11 tracks of adoration; simple songs which – unlike much of their previous work – could easily be used in a congregational setting.

In fact, to fully review this work you have to compare it with their previous efforts. If Rend’s first album was a toe in the experimental water, their second offering, Homemade Worship by Handmade People, jumped in, fully submerged itself and brought a snorkel along for good measure.

TAOC is a step away from the madness and a step towards simplicity – the fireworks have been replaced by simple choruses and a simpler folkier feel. This isn’t a backwards step, but one in a totally different direction; it connects with the listener on a different level.

It may not be as exciting, but it feels as heartfelt and raw as anything the band has previously produced, and all the more mature for it. This isn’t a burst of creativity, but a deep, passionate celebration of love. JC 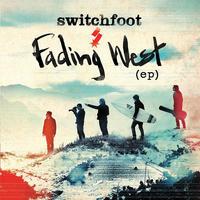 In the surfer band’s quest to ‘go to a new place that feels like home’, they have turned down the guitars but still come up with a crunchier sound, thanks to mixing desk magic, a strong rhythm section, and Jon Foreman’s crisp lyrics.

Brilliantly written, his enduring concerns resurface here: pursuing integrity, persevering with love, surviving character flaws, and making the most of our shot at life. Two tracks stand out. The urgent ‘Say It Like You Mean It’ continues their occasional U2isms, which always work. Distorted vocals, background electronica, beeps, bass fills and rattling snares build on an already strong song – and the surprise psychedelic final minute is a gorgeous bonus.

‘Ba55’ is up there with any of their best tracks. A bass riff threads through a maze of added sounds, as insistent as Foreman’s cry, ‘I believe you’re the fire that could burn me clean...and let my soul fly.’

Expansive, catchy, anthemic, authentic and more creative than ever before, this album has much more colour than earlier Switchfoot, but despite the superb production work, the songs do not quite beat 2011’s excellent Vice Verses. DW

Recently, weather forecasts on TV and radio could have been suspended and this song played instead for three minutes. We would have got the picture.

Why Does it Always Rain on Me?

Is it because I lied when I was 17? Maybe. Or perhaps it’s because of a large atmospheric area of low pressure? It’s definitely one of the two.

Dave Rose is head of programming for Premier Christian Radio