When he converted to Christianity Bob Dylan was, like Kanye West, a megastar – one of those few recognisable by just one name, even by those outside of his prime audience. The difference this made to his music was palpable.

Dylan went in heavy on the lyrics of Slow Train Coming, the début album of his ‘Christian’ trilogy. It was heavy on judgement and gave listeners a clear choice: “You may serve the devil / You may serve the Lord / But you gotta serve somebody.” Dylan softened considerably for his second release of the trilogy, the intense-but-celebratory Saved, which pulsed with the energy of black gospel. In the third album he introduced more ‘secular’ material, realising that his appeal lay particularly in his observation and wordsmithery, gifts that still had virtue when writing of wider matters through a lens of faith.

Like West, Dylan lost fans as a result of his turnabout, especially in a nation as polarised as America. The long-term effect of his conversion is hard to assess. Some say that his faith is renounced and others that he has converted back to Judaism. It may well be that evangelical cultural baggage has put him off public displays of Christianity and that his faith remains a worldview, rather than a focus. It is hard to believe that he has suddenly forgotten an experience as powerful as his dramatic conversion.

Keith Green was musical from nappies, signing a five-year contract with Decca Records by the age of twelve, with 40 songs under his belt. Until Donny Osmond’s explosive success in the 1970s’ teen market, Green was right there. That was all but forgotten when he came to prominence as a leading Christian singer-songwriter.

Like Dylan, he was a spiritual seeker of Jewish heritage and a songwriter. Similarly, his breakthrough album No Compromise was a hard-hitting, pull-no-punches affair, followed by a more pastoral collection in Songs for the Shepherd. After their conversions, Green and his wife, Melody, cared for young people who were struggling with life, some of whom were on drugs or worked as prostitutes. The Greens not only opened their home, but bought and rented several other properties, where these people could be prayed for and discipled.

Green took his faith so seriously that he did not want to charge people for buying his music and (decades before Radiohead) asked people to pay what they wanted for his Songs for the Shepherd. He died aged only 28 in a plane crash near his home, along with others including two of his young children, but two tribute albums indicate how strongly his legacy lives on.

Known as ‘the Voice of Clannad’, Moya Brennan not only rose to fame with that band during the Celtic surge of the nineties, but helped to create the genre in the previous decade.

Not unusually for a country girl suddenly exposed to the hedonism and hangers-on of the music industry, she struggled with its temptations, and her autobiography tells of drink, drugs and an abortion (surprising, perhaps, given that the family band Clannad not only include her brothers, but also two uncles, who, you’d think might have steered her away from the dangers).

Two relatives who did help were her parents and she credits their prayers for keeping her from addiction. Those prayers may also have led to her meeting her now-husband, Tim, who was a photographer at the time, but whose own faith led her towards Christ.

While some may consider a visible faith to be a career-killer, since her conversion, she has wisely blended faith-based and ‘secular’ material, so exposing her audiences to her faith and integrating her life and work. Actively supporting charities like the Christian Blind Mission has further shown that integrity.

Brennan has flourished with this approach, having guested on film soundtracks and various albums, whether by Christians, such as Bono and Iona, or artists such as Robert Plant, Michael Crawford and Joe Jackson. She has also performed in front of Pope Benedict XVI on World Youth Day, attended by a million people, and President George W. Bush in Washington.

How would it feel to release an album aged 16 that goes multi-platinum? Jonny Lang knows. He did it. He toured with the Rolling Stones, Aerosmith and Sting, and in that typical mix of youth, money and fame ended up an alcoholic in his teens.

Despite hating Christianity, in 2000 he had an experience of the Holy Spirit “whamming” into his chest and feeling like he would vomit from that same place, but instead out came the word “Jesus” and it turned his life around. His appropriately named 2006 album Turn Around won him his first Grammy award, and his latest album Signs shows that his explosive mix of blues, rock, gospel, funk and soul has only grown in power.

In the track ‘Snakes’, probably referring to how faith saved him from his addictions, he sings: “If it’s going to be my last breath, I‘d better use it to pray. Heaven must have been listening, coz I’m still alive today.”

That’s his story in two lines. 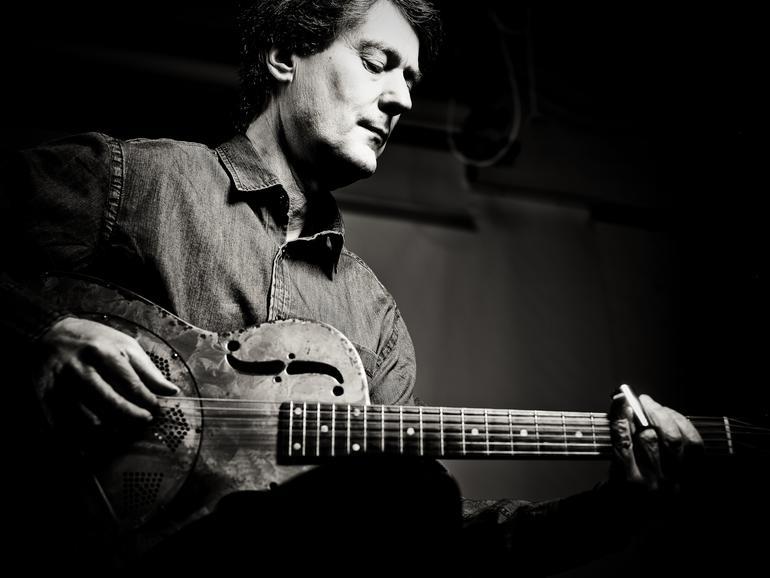 Photo: A publicity photo of UK musician Bryn Haworth, provided by him especially for inclusion on Wikipedia as an image without copyright in the public domain

Bryn Haworth, Britain’s most highly regarded slide guitar player at one time, was on the original Island label roster, mixing with formative acts like Roxy Music, Fairport Convention and Traffic. He also had unexpected experiences of God, firstly as someone on stage with him on tour in Germany, when he was feeling unsure of himself, whom no one else in the building saw. A while later, he and his wife Sally impetuously got off a bus to go into a circus tent, only to find that it was an evangelist’s mission venue. That was his turning point.

Ever since, faith has dominated his music, from his (possibly career-best) Island recording Sunny Side of the Street to his worship albums. Known as a musician’s musician, he has often recorded with quality session players, who are effectively Eric Clapton’s backing band. He has a particular heart for prisoners and has released two compilations designed to point prisoners to Jesus’ love.

As he sang about his faith in one early track: “It’s a good job I know just what I’m looking for – I never would have guessed I’d find it here.” He has never lost it.

Derek Walker is a kitchen designer, Anglican Lay Minister and writer, who blogs at walkerwords.wordpress.com