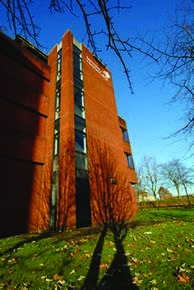 ‘A decline in the number of new students each year from 2007 to 2010, although since arrested, has had a significant impact on the college’s finances,’ he said.

‘Recession, austerity, and free university fees in Scotland have all affected us.’

The college was founded in 1998 through the merger of Glasgow and Northumbria Bible Colleges. It now plans to relocate to new, smaller premises close to central Glasgow within the next two years.

Tiplady added that ‘by moving, we hope to release financial resources to invest in the development of ICC in ways that allow us to better serve the Church’s mission in Scotland and beyond’

A reduction in staff numbers is also planned, and consultation is underway with employees being offered redundancy or reduced hours where possible.

‘Changes like this can cause considerable stress and anxiety about the future. We are committed to high academic standards, which will be maintained through and beyond these changes.’