Pope Francis has told Catholics that it is ‘indispensable’ that the Church make use of the Internet to reach out to non-Catholics.

In a speech at the Vatican on 7th December, he suggested that the Church could use the Internet to ‘reawaken the insuppressible questions of the heart about the sense of existence’ and share the gospel. It’s just one of many thoroughly modern ways in which the current Pope seems to be breaking the mould of the Papacy, but the truth is that the Catholic Church has long been reaching out online.

‘It would be wrong to say that this wasn’t part of a continuum, because clearly Pope Benedict was talking about many of these things as well,’ says Alexander DesForges, director of the Catholic Communications Network which runs Catholic-ew.org.uk, the website of the Catholic Church in England and Wales. Pope Benedict’s predecessor, Pope John Paul II, also called for ‘new methods, new expressions, and new ardor’ in the Church’s outreach.

It’s a phrase that has clearly inspired Catholic digital pioneer, Ryan Scheel. Scheel is the founder of uCatholic.com, a website that aims to provide ‘traditional Catholic information in the modern world’. uCatholic features daily readings and prayers, a featured saint of the day, apologetics resources and a vast array of ways in which Catholics and those interested in Catholicism can connect online, but Scheel’s next project is more unusual.

I’ve had people tell me how it aided their conversion 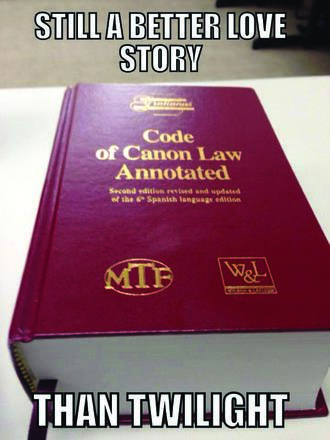 Catholic Memes is a web presence that finds expression on Facebook and a website, which uses the fast-moving phenomenon of web ‘memes’ (most often pictures with humorous captions, meant to be shared widely online) to spread the Catholic message. ‘I came to give presents to kids and to punch heretics,’ reads one of Scheel’s memes. ‘And I just ran out of presents.’ The image is of St Nicholas, famed for punching the heretic Arius in the face and for being the basis of the legend of Father Christmas. This blend of Catholic in-jokes and cutting-edge Internet communications may seem quite arcane, but it appears to be working.

Catholic Memes has almost 125,000 ‘likes’ on Facebook and Scheel told the BrandonVogt.com blog a year ago that he has received very encouraging feedback. ‘I’ve had people tell me how it aided their conversion,’ he says. ‘I’ve had atheists tell me how different the Church actually is compared to what they have been led to believe. I’ve had Protestants tell me they look forward to our posts more than anything their churches are putting out.’

In a world where many people complain about embarrassing Christian online content, the likes of Catholic Memes and web comic Coffee With Jesus may be doing much to improve the Church’s digital image. So, has the Catholic Church solved the perennial problem of Christian engagement with modern communications? ‘I don’t think anybody would be able to claim that the Church has it cracked,’ says DesForges, ‘but nevertheless, across the board there are people who are pushing forward with the use of it that are encouraged by the Papacy.’