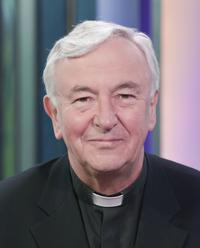 Church leaders have clashed with the government over reforms to the benefits system which they say are harming those it is designed to help.

A succession of interventions from senior Anglican, Roman Catholic and Free Church leaders represents the most serious and sustained Christian critique of official policy since the 1980s, when the churches regularly took issue with Prime Minister Margaret Thatcher’s government.

Church leaders have focused on the hardship experienced by people whose Job Seeker’s Allowance (JSA) has been stopped or who are facing hardship because of the ‘bedroom tax’ – described by the government as the ‘spare room subsidy’ – which sees housing benefit reduced for people living in homes deemed to be too large for them. They cite the dramatic rise in the number of people using foodbanks because they cannot afford to eat as evidence of systemic failures.

Cardinal Vincent Nichols, Britain’s most senior Roman Catholic dignitary, claimed that changes to the benefits system had left many people in hunger and destitution and that the ‘basic safety net’ had been ‘torn apart’. ‘It no longer exists and that is a real, real dramatic crisis,’ he said. He also said that the administration of the system had become ‘more and more punitive’ and that the increasing reliance on foodbanks was ‘a disgrace’ in an affluent country.

Former Archbishop of Canterbury Dr Rowan Williams is a patron of Cambridge foodbanks. He said: ‘I would love to see more people in public positions coming to see what is happening at first hand. It is easy for them to stand at a distance and say, “Oh well, these people are working the system”, or “this is just a temporary hiccup”.

‘But when you actually come face to face with the anxiety people face about feeding their children, you cannot ignore what is in front of your nose.’

The current archbishop, the Most Rev Justin Welby, backed the cardinal when he was criticised by the Prime Minister and Deputy Prime Minister. David Cameron commented that ‘the moral case for welfare reform is every bit as important as making the numbers add up’. Nick Clegg accused the cardinal of ‘exaggeration’. However, Archbishop Welby said he was ‘entirely with him’ and referred to an ‘upswell of feeling’ in communities about the effects of the cuts.

The cardinal’s intervention was followed by an open letter to the Prime Minister signed by 27 Anglican bishops, 10 Methodist district chairs and representatives of the United Reformed Church and the Quaker movement.
It said: ‘Britain is the world’s seventh largest economy and yet people are going hungry.

‘Half a million people have visited foodbanks in the UK since last Easter and 5,500 people were admitted to hospital in the UK for malnutrition last year.

‘One in five mothers report regularly skipping meals to better feed their children, and even more families are just one unexpected bill away from waking up with empty cupboards.’

It said that half of those using foodbanks had been forced to do so by ‘cutbacks to and failures in the benefit system, whether it be payment delays or punitive sanctions’.

The letter said there was an ‘acute moral imperative’ to act and urged those concerned about the situation to fast during Lent to show their solidarity.

A blog article by the president of the Methodist Conference, Rev Ruth Gee, accused the government in the words of the prophet Amos of ‘trampling the head of the poor into the dust of the earth’.

She said: ‘In a country which the Prime Minister has described as wealthy, we cannot continue to ignore the needs of those who have the least resilience.’

The effects of ‘sanctions’ – stopping benefits because job seekers have not turned up for their interviews or have failed to provide evidence that they are looking for work – and the wider impact of benefits reforms have been widely criticised. However, defenders note the enormous damage done to the physical and mental health of people who are unemployed and argue that the threat of losing benefits is a necessary spur to encourage them to look for work.

Indeed another former archbishop, Lord Carey, described the letter as simplistic. ‘Churches should beware of the dangers of blithely defending a gargantuan welfare budget that every serious politicians would cut as a matter of economic sense,’ he wrote in a letter to the Daily Mirror. A low point in the Church of England’s relationship with the government of the day came with the publication of Faith in the City in 1985, which argued that poverty and deprivation in the inner cities was the result of Thatcherite policies. It was fiercely attacked by Conservative politicians as ‘pure Marxist theology’.

Other Church leaders who criticised some of Lady Thatcher’s policies included Rev Dr John Vincent, who as president of the Methodist Conference in 1989 said: ‘I reject as un-Christian all taxation and other policies that increase the wealth of those who already have, and worsen the poverty of those who have not.’