It has gained the support of Girlguiding UK, Mumsnet, the Evangelical Alliance and the Royal College of Midwives. Thirty-three universities and colleges have made changes to their retail outlets because of it.

More than 200,000 members of the public have signed a petition about it. No More Page 3 is one of the campaigns of the moment, and it’s feminist and proud.

No More Page 3 was launched in 2012 by activist Lucy-Anne Holmes, who was ‘sad that the most prominent photograph of a woman in the widest circulation British newspaper is of a young woman in just her pants’. Its key feature is a petition addressed to The Sun’s editor, David Dinsmore, asking him to ‘drop the bare boobs’.

The campaign’s website encourages supporters to engage in creative activism and to purchase T-shirts and posters in support of the cause. Its ‘list of reasons Page 3 has to go’ gives us a picture of how the media represents women and how this links to a wider societal problem in which women are primarily regarded as decoration; their value dependent on how conventionally attractive they are considered to be.

A study undertaken in 2011 found that, in a typical month, 78% of newspaper articles were written by men, 72% of Question Time contributors were men and 84% of reporters and guests on Radio 4’s Today show were men. News written by and about women is often confined to the lifestyle and celebrity sections, leaving the ‘serious’ journalism to the men.

Since these figures were published, there has been a greater move from campaigners to increase the profile of women in the media. However, Page 3 remains, reminding us of what, even two years on, some consider adequate representation of women in the national press.

No More Page 3 is uncompromising in its judgement of what some consider a British institution, condemning the messages The Sun gives out to children and explaining how jarring it looks next to stories about rape and domestic violence, which supposedly display a more supportive attitude towards women’s issues.

Drawing a connection between Page 3 and newspaper coverage of rape and domestic violence is key here. It highlights the fact that objectification of women is part  of an all-encompassing structural problem that affects the economic, legal and social status of women. It’s a problem we see in some parts of the Bible, where women are considered ‘spoils of war’ and are given little or no voice in society. It is age-old patriarchy, and No More Page 3 has succeeded in mobilising hundreds of thousands of people against it.

"IS THE CHURCH PREVENTING OR FUELLING THE OPPRESSION OF WOMEN?"

THE TABLES ARE TURNING

Encouragingly, this is just one of many feminist initiatives that has made headlines and engaged people outside the movement in recent years, including plenty of Christians. During the last decade, a resurgence in feminist activism has inspired a new generation of women to fight for equality following a relatively quiet few years for feminist campaigns.

The last few years have also resulted in increased visibility for a new cohort of Christian women talking about feminism and gender issues in the Church. In the US, bloggers and authors such as Rachel Held Evans and Sarah Bessey have written about egalitarian theology and are supporting feminism in a way that is accessible to those who are just discovering feminism, as well as for seasoned advocates.

‘We are creating a world where every woman can be who she is, without apology, in freedom,’ writes Bessey in Jesus Feminist (Howard  Books). Evans, in particular, has faced considerable backlash – including accusations of heresy – for A Year of Biblical Womanhood (Thomas Nelson), in which she takes a long, hard look at the Bible’s instructions to women and the way the Church has encouraged us to live them out, challenging conservative teaching about what ‘true womanhood’ really means.

ADVOCATES FOR EQUALITY ON BRITISH SOIL

In the UK, where calls for equality are admittedly met with less resistance, in general, than in the gender minefield that is US evangelical culture, Christian advocates for equality have also been active, with the launch of gender-based violence charity Restored in 2010 and the publication of Jenny Baker’s Equals (SPCK) this year, which talks about the practical outworking of equality in family life, work, and church.

In 2012, I was part of a group of women who founded the Christian Feminist Network, a move that was greeted with immense positivity from women of all ages and from different church backgrounds. And in the last year, discussions about the number of women speaking at Christian conferences and events have led to some UK event organisers announcing their commitment to gender parity and others taking steps to achieve more balanced line-ups. 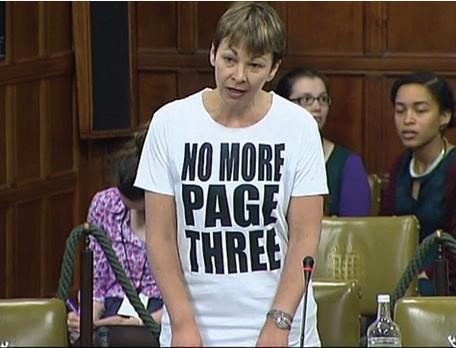 Ongoing debates about the role of women in society and the Church show that Christianity and feminism have always been uneasy bedfellows. For some Christians, feminism contradicts deeply held beliefs about gender and the characteristics and roles they believe were assigned to men and women at the point of creation.

For others, it’s not so much the idea of feminism but the stereotypes of feminists that are off-putting. I don’t need to run through them, because I know you can reel them off. Nasty remarks about our looks and mannerisms have been par for the course since women first fought for the right to vote. Let’s face it; talking about feminism in Christian circles is uncomfortable.

But as a vocal feminist and a Christian, the fact that those advocating for egalitarian and feminist interpretations of gender and scripture are becoming prominent once more – crossing out of academia and into popular discussion – is amazing.

FACE TO FACE WITH CASUAL SEXISM

My own passion for equality was galvanised a decade ago when, as a student, I encountered the casual sexism and objectification of women that seemed acceptable in university culture, and learned of the intimate partner violence and assault suffered by some of my friends. It wasn’t long before I discovered feminist books and websites, and realised that I wasn’t alone.

In more recent years, I’ve repeatedly seen the encouragement and value women have found in discovering the same things: the relief that following Christ doesn’t mean forcing themselves into a box labelled ‘womanhood’, which narrowly defines the life they should lead and sometimes restricts their gifts and calling.

FROM DEBATE TO ACTIVISM

What has often frustrated me, however, is the fact that Christians frequently get stuck debating whether Christianity and feminism are compatible. While many are willing to concede that they agree with the basic definition of feminism – ‘belief in the social, political and economic equality of the sexes’ – debate soon moves on to the finer points of specific beliefs and campaigns.

It’s common to see the opinions or actions of individual feminists, sometimes from decades ago, held up as examples of why feminism is inherently problematic. Straw men are often invoked: feminists denigrate mothers; they want to destroy family life; their so-called ‘achievements’ have made women more miserable than ever. It’s a cliché, but it’s a good thing we haven’t written off Christianity based on the actions of individual Christians we don’t agree with.

These discussions about compatibility have their place, but if we spend all our time justifying which side of the gender equality debate we’re on, the conversation will never truly progress and the Church will never become the advocate for women it could be. As Bessey writes in Jesus Feminist: ‘I’m through wasting my time with debates about women-should-do-this and women-should-not-do-that boundaries. I’m out. What an adventure in missing the point.’

We need more Christians who claim to advocate for gender justice to practise what they preach. This is just as true for people with a   conservative theology of gender as for egalitarians: we should all be able to agree that, as humans created in God’s image, the oppression of women is unacceptable. Inevitably, we will sometimes disagree on the causes of this oppression as well as the best solutions. And sometimes it will prove difficult to work together.

Despite this, we should feel moved to advocate for women because of their inherent worth and because of God’s call on us to stand up for all oppressed people. Not because we think men need to be women’s protectors. Not because we’re ‘fathers of daughters’. Not because it’s the cause du jour that our churches are promoting until the next big thing comes along.

"CHRISTIANITY AND FEMINISM HAVE ALWAYS BEEN UNEASY BEDFELLOWS"

Finding common ground across the theological divide is important, but so is building bridges with the secular women’s movement. It’s vital that we do not isolate ourselves in a Christian bubble, concerned only with Christian campaigns and initiatives. Integration with mainstream feminism is vital and helps us look beyond issues such as women in church leadership, which, while important, are not the only issues women of faith face. At the same time, it can help in overcoming the suspicion with which some activists regard those from faith backgrounds.

Too often, the Church fails to connect the dots and sees the oppression of women as something far removed from our reality: something that happens abroad as a result of extreme political regimes, or cultural assumptions that are restricted to the global South. The reality is that it is happening under our noses. You only need to turn to Page 3 of The Sun for a rapid reminder.

Is the Church preventing or fuelling the oppression of women? Sometimes, problematic teaching   about marriage can enable abuse. Sometimes, teaching about sexual purity instils only shame and fear in young women. We can talk about wanting to show love towards women who have been hurt by gender injustice – and this is important – but it’s even more important to challenge the status quo that allows it to happen.

WILL WE WORK FOR RESTORATION?

It was heartening to see the Evangelical Alliance come out in support of No More Page 3 earlier this year, asking all member churches to do the same. But while it was a great step forward to see such a major Christian organisation getting behind a feminist campaign, it would be wonderful if it was the first step of many, calling churches and individuals to engage with the equality of men and women, and to work towards a restored world.

Feminism is not perfect, but that’s no reason to write it off. All women are in some way affected by inequality, and Christians have much to contribute to the fight against it.

FIVE FEMINIST INITIATIVES TO GET BEHIND

Born out of parents’ frustration with gender-based marketing to children, Let Toys Be Toys asks manufacturers and publishers to take a more inclusive approach to play.

SOS: Save Refuges, Save Lives

Women’s refuges are in crisis due to massive funding cuts. On a typical day, refuges have to turn away 155 women and 103 children. Women’s Aid is asking the government to look into how refuges and – as a result, lives – can be saved.

This campaign from Restored highlights domestic abuse and the fact that it happens within church communities. It aims to raise awareness, dispel myths and train church staff to deal with abuse more effectively and sensitively. Church resources are available.

Are you a woman? Are you an expert in your field? Do you feel underrepresented in the media? Get yourself listed on The Women’s Room’s (TWR’s) database and help the media find you when they need people to speak on a particular topic.

Looking ahead to the 2015 General Election

Since the last general election, women have become poorer, less equal and more vulnerable. The Fawcett Society wants to make sure women’s voices are heard next year and it needs your help. Green MP Caroline Lucas was told to cover up a ‘No More Page Three’ t-shirt during a Commons debate