A note to the unnoticed servants 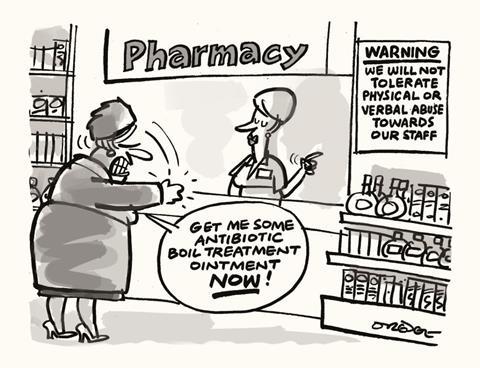 It happened at the end of one of the ten-day trips that Kay and I lead to the Holy Land. We’d all had a wonderful time; there is something special about being in the place where the big story of God unfolded. When you stop by Jesus’ adopted home town, Capernaum, or pause to pray in the twisted, gnarled trees of Gethsemane, you know that you will never read the Bible in the same way again. We ended our tour exhilarated and inspired.

And now, we were back in the sobering arrivals area of Heathrow. Somehow Kay and I passed through immigration ahead of the group, so we decided to go and start unloading our group’s bags onto trolleys in baggage claim. It was then that a stern-faced lady approached me. She was not from our group.

I realised that she had mistaken me for a porter. Despite her terseness – there was no kindness in her command – I decided to comply.

“Put it on there”, she barked, and then: “Here comes another one. The red one. Get that.”

I obliged, but then found myself on the receiving end of a stinging rebuke as I loaded the heavy cases onto her trolley.

“Not like that!”, she hissed. “Put the bags on their sides.” And so I did and, without a further word, she grabbed the trolley and scurried off to the customs area, likely on a mission to give the border officials there an opportunity for grief. I’d love to tell you that I bowed my head and gave thanks for the wondrous blessing of being able to be of assistance. Instead, I felt indignant. How dare she treat me like that. Even if I had been a porter, she still had no right to treat me in that way.

Resisting the temptation to pray for an infusion of boils to inflict every part of her body (it seemed like a slightly extreme response), I broke into a smile. During our tour, which included a trip to the two alleged sites of the Upper Room in Jerusalem, I had spent some time teaching about how Jesus stunned his disciples when he wrapped a towel around his waist and washed their filthy, sweaty feet.

“You know if you’re truly a servant by the way you act when people treat you like one,” I had declared. Theory is so much easier than practice…

Perhaps your loins are currently girded with a towel, to borrow the King James language that describes what Jesus did. You’ve come up with a brilliant idea at work, and someone else has taken or been given the credit. Or you’re a consummate juggler as you live a flurry of activity with your young family and, apart from a card on Mother’s or Father’s Day, you don’t feel appreciated. In times when churches could gather – we will see them again – you showed up early, week after week, to put out chairs, be the welcoming committee at the door, or wash up after the obligatory post service cuppa. You brave the cold on Saturday nights to wander around town in the yellow tabard uniform of a Street Pastor, and last week you got blasted with a torrent of expletives from a drunken chap you were trying to help.

If you’re one of that vast army of largely unnoticed servant types, thank you. May you know the smile of the God who certainly does notice.

And if by some faint chance you happen to be that lady who snapped at me in baggage claim, then you forgot to give me a tip. Fifty pounds should do it, or else look out for a plague of boils.