John Polkinghorne (1930-2021): The pre-eminent voice on science and religion 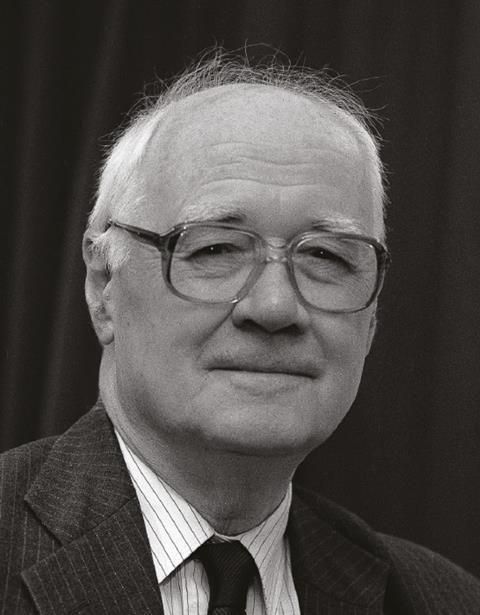 Rev Canon Dr John Polkinghorne’s approach to science and religion was summarised in one of the straplines of an early book: “Theology and science differ greatly in the nature of the subject of their concern. Yet each is attempting to understand aspects of the way the world is.” His scientific credentials were impeccable – but he was also able to speak to ordinary Christians intelligently, and with a real pastoral concern.

Born in 1930, Polkinghorne studied mathematics at Trinity College, Cambridge in the early 1950s, after completing his National Service. He met his future wife, Ruth, who was also a mathematician, at meetings of the Cambridge Inter Collegiate Christian Union. Alongside an outstanding degree in mathematics, he also gained a doctorate in physics. After a series of academic appointments in North America and Scotland, he returned to Cambridge in 1958, later becoming professor of mathematical physics.

Polkinghorne held his chair at the University of Cambridge until 1979, before making the bombshell announcement that he was resigning his professorship in order to study for ministry in the Church of England. His academic colleagues were stunned.

Polkinghorne served in a number of pastoral positions in Church of England parishes. He was called back to Cambridge to become dean of chapel at Trinity Hall, Cambridge from 1986-89, and was then elected president of Queen’s College, Cambridge from 1989-96.

From 1990 onwards, Polkinghorne became the go-to person for anyone wanting to reflect intelligently on the relation of science and faith. He was knighted in 1997 and awarded the Templeton Prize for Religion in 2002. Yet, despite his academic eminence, Polkinghorne was also a pastor, someone who was able to identify himself with the needs and concerns of ordinary Christians, and speak to those concerns compassionately and intelligently. Like CS Lewis before him, Polkinghorne held to a consensual Christian orthodoxy, ensuring that his views connected up with ordinary Christians – particularly those who were scientists. Polkinghorne was able to reassure them that they could hold their faith and their science together with integrity. He was not a polemicist, but an eirenic and gracious exponent of a positive and constructive relationship between science and faith.

Polkinghorne made some important academic contributions to the field of science and religion, which I and others regularly engage with in our writings and lectures. A good example is his concept of “metaquestions” – questions that science is able to raise but unable to answer through the legitimate use of its own methods. But I suspect he will be mainly remembered for something more important – his pastoral approach to the field which, though rigorous in its scientific scholarship, focused on the everyday questions about science and faith that many ordinary Christians considered important.