What Christians need to know about Islam 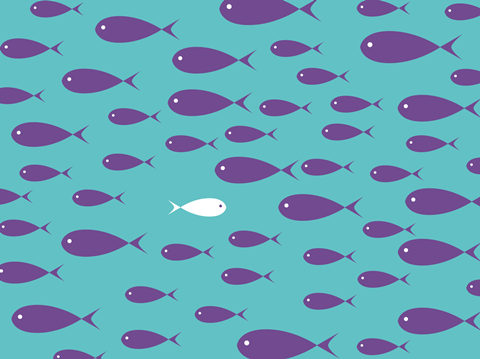 Habo looked down, deep in thought. I’d just asked her what the most important thing is that Christians should know about Muslims. I waited, knowing I had much to learn from this gentle woman who had endured decades of suffering for the gospel.

Habo is from Somalia, a country where 99.8 per cent of the population identify as Muslim. Having regularly prayed to see the creator since her youth, Habo was overwhelmed when, after moving to London, a Jehovah’s Witness knocked on her door. They happened to be an ex-Muslim and explained to Habo that she could know the creator through reading the Bible. Habo agreed to weekly Bible studies and was provided with a Somali Bible. After several months of meeting with her tutor and poring over her Bible daily, Habo asked the Jehovah’s Witness: “Why are you lying to me? You said Jesus isn’t God. Why are you lying?”

Through reading the scriptures, Habo had found the truth. But turning from Islam to Christianity was a decision that came with severe consequences.

First, her husband beat her and eventually left. Second, after pleading with tears for Habo to return to Islam, her family threatened to kill her and take her children away. An orthodox reading of Islam mandates death to apostates, as Muhammed is recorded as saying in authentic hadiths: “Whoever changes his religion, kill him” (al-Bukhari 6922, Ibn Majah 2535, an-Nasa’i 4059). Third, there was the pressure of the community, which was present wherever she or her family members would go, shaming them for Habo’s decision. Even her children were harassed when they went into town.

Some of the same Muslims who were hostile to Habo by day would come to her at night, like Nicodemus visiting Jesus, saying: “Sister, I really love you and I love what you say about Jesus, but I don’t want to lose everything.” With all conviction, Habo would reply: “The truth will set you free.” Others remarked: “How are you so brave? Who gives you the strength?” Again, Habo would share Jesus.

So how did Habo answer my question? What is the most important thing Christians need to know about Muslims? “Fear,” she said. “Fear is the big problem. Muslims fear people more than God. Many don’t believe [in Islam] but they fear their family and the community. They have to show that they are standing up for Islam.”

Habo went on to share some of the creative ways Muslims have sought her out to hear about Jesus. Some have changed their names on online forums and request to chat privately. Others call her under one pretence, but really want to discuss Jesus or ask for prayer. “I want forgiveness. I have a lot of sin,” one person blurted out.

Sarah LumgairSarah Lumgair is the chair of Rooted (rooted-online.org), which addresses the arguments against Christianity that are increasingly heard on urban streets