No pain, no gain: Rend Collective’s ‘Coach Chris’ has a new year’s message for you… 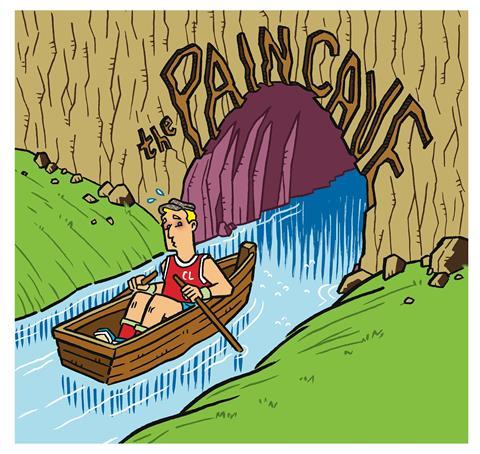 As 2023 begins, will you be resolving to improve your fitness? Well, my alter ego, Coach Chris, is here to cheer you on!

Let me explain. During the pandemic, niche Irish religious entertainers were (bafflingly) not considered essential workers, and so I found myself in need of a job – even if it just served to distract from the sense of existential dread. I became a CrossFit trainer and nutrition coach. It’s a role I’ve continued, not least because the early months of the year are slow for musicians and busy for fitness professionals.

There are many obvious benefits to improving your diet and exercising – not least staving off an early death. But I want to focus on the surprising spiritual benefits.

The Bible teaches that “physical training is of some value but godliness has value in all things” (1 Timothy 4:8). I don’t believe Paul is saying physical exercise and holiness are to be pitted against each other. Instead, I think they rise and fall together. After all, there is no version of Christianity that doesn’t happen in our bodies – ours is an incarnated, embodied faith.

When Paul mentions the “value” of physical training, I think he’s saying it teaches us that we can do hard things. We can endure. We can face resistance. Difficulties need not crush us, rather, they stimulate our growth. Pressures won’t compress us into a shrunken version of ourselves, but will enlarge us.

Shockingly, the message of the cross and the science of resistance training are preaching much the same thing. Calvary proclaims that scars, wounds and lacerations can be redeemed and healed. Far from a source of shame, they are the only place that true glory ever comes from. Medical journals attest to the fact that our sporting ‘gains’ come from sustaining trauma on a cellular level. The micro tears in our muscles are how they ultimately grow.

In other words: No pain, no gain. Or: “We also glory in our sufferings, because we know that suffering produces perseverance; perseverance, character; and character, hope” (Romans 5:3-4).

While religious culture talks a lot about trials and tribulations, rowing culture talks about the ‘pain cave’. The gold standard test in rowing is the 2k time trial. During this test, elite rowers know they will have to ‘go dark’ if they are to be competitive. The first 500–750m barely registers for these top-level athletes. Large stores of adenosine triphosphate (ATP) – the body’s most effective energy system – powers their performance for at least 90 seconds. Once these stores are depleted, however, the body switches to its secondary method of releasing the premium unleaded that is ATP – breaking down the glucose in our muscles.

The catch is that this leaves behind a trail of lactic acid. The consequence being that, by 1,250m, vision narrows, muscles burn and lungs ache. The athletes flirt with losing consciousness. They long to quit. But they don’t. And everyone who makes it out the other side of the cave is a winner, regardless of their time. The victory is, primarily, over yourself.

Is there anything more spiritual than learning how to embrace the temporary darkness for the surpassing joy set before you?

Sometimes I can’t tell if I’m preaching or coaching.