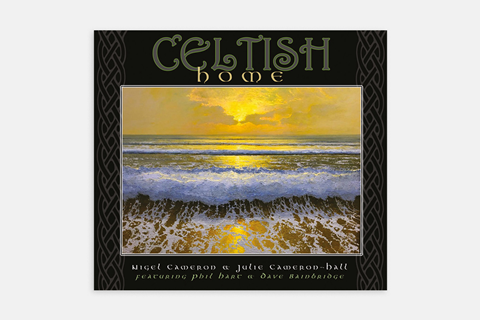 Back in the noughties, West Sussex based singer and fiddle player Julie Hall was making folk-styled music and recording critically acclaimed albums. Meanwhile a Belfast singer, flute and whistle player, Nigel Cameron, was finding his musical niche – recording everything from Celtic-styled rock to children’s music. After the death of her minister husband, Julie met Nigel, love blossomed and the married couple began to record meditative worship together and tour the world.

Their previous albums, Celtish Christmas, Celtish Devotion and the instrumental Celtish have been well received, but this is one of the greatest Celtic-flavoured projects ever, which deserves to be heard by the worldwide worshipping Church.

‘The Lord is my light’, with lyrics by Nigel Cameron (adapted from Psalm 27), is set to the traditional Irish melody known as ‘Women of Ireland’; while ‘My Jesus I love thee’, with lyrics written in the 19th Century by William Ralph Featherstone, is equally compelling. Possibly, though, the finest track of all is ‘Darkest day (Julie’s dream)’, which has words inspired by a dream the singer had of children in heaven. It will likely bring you to tears. A captivating album.